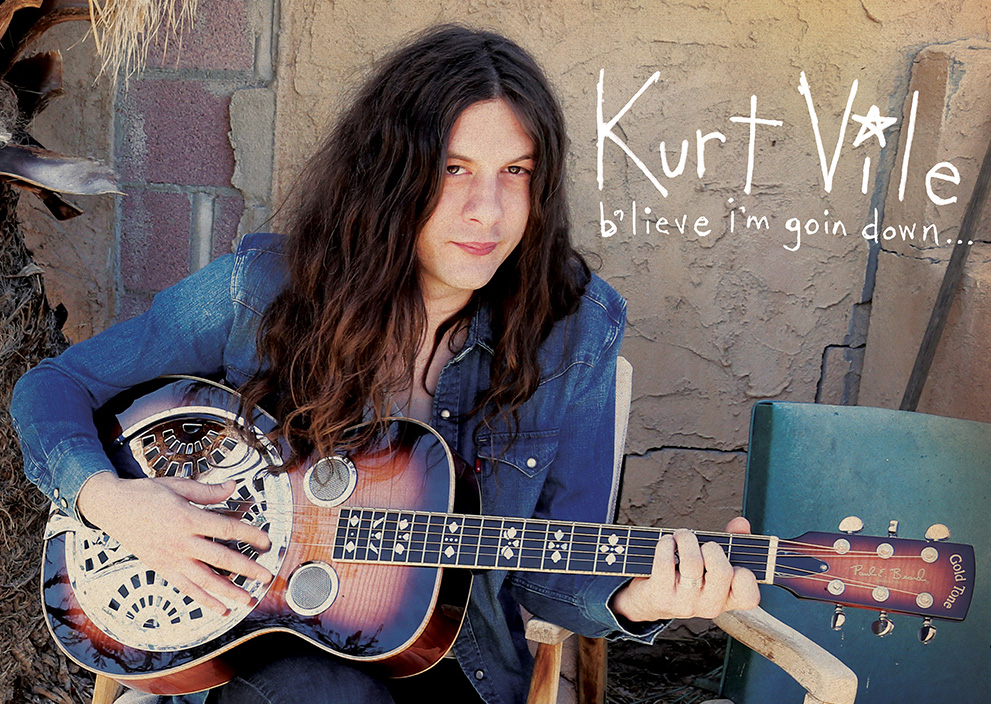 In an era in which electronic music dominates, Kurt Vile has carved out his own trad-rock niche by recycling the heartland sounds of the ‘70s and ‘80s and dousing them in bleary psychedelia and chilled-out slacker vibes. His 2013 album Wakin on a Pretty Daze was one of the most critically acclaimed rock records of its year, and the songwriter’s cachet has only increased since then thanks to ascent of his longtime collaborator Adam Granduciel of the War on Drugs.

In other words, Vile is perfectly poised for b’lieve i’m goin down… to be a massive success, particularly given the record’s crisp sonic brightness. But the sleek, clean production has the unfortunate side-effect of stripping away the hypnotic, immersive haze that has hung over his past work, revealing songs that are underdeveloped and repetitive. Several tracks on b’lieve i’m goin down… stretch past the six-minute mark (and all but one of the 12 cuts are longer than four minutes), with every musical motif stretched out far too thin.

Consider the sparse acoustic ballad “All in a Daze Work,” a pretty tune that runs out of steam halfway and then inexplicably continues for two and a half more minutes of unaccompanied fingerpicking. Similarly, the bouncy piano number “Lost My Head There” devotes more than four minutes to a seemingly interminable outro jam. Even the standout opener “Pretty Primpin” suffers from bloat: the lyrics paint a clever portrait of self-alienation, as Vile sings, “Then I proceeded to brush some stranger’s teeth / But they were my teeth,” but the words seem a whole lot less witty when he repeats the near-identical verse-chorus combination for the third time. “That’s Life, tho (almost hate to say)” is yet another too-long ballad, and Vile becomes a caricature of his own slacker aesthetic when he drawls about taking pills to “chillax” and being “a certified badass out for a night on the town.”

There are plenty of enjoyable moments on b’lieve i’m goin down… — the catchy, pop-friendly chorus of “Dust Bunnies,” the banjo lick on “I’m an Outlaw,” the spacious keyboards and guitars that swell up during “Life Like This,” the piano that traces the vocal melody on “Stand Inside.” It’s enough that Vile’s status as a rock ’n’ roll torchbearer probably won’t be completely lost. But these ideas never quite coalesce into a proper standout song. Earlier this year, Vile told Spin that this album contained his “best song ever,” but it’s difficult to imagine which track he was talking about, since none of them seem worthy of the distinction.

In addition to the standard 12-song edition of b’lieve i’m goin down…, which is split across two LPs, the album is also available in an expanded triple vinyl version with 18 tracks. It’s far more interesting, however, to imagine what this record might have sounded like if it were shorter rather longer.