“Images”, the latest single from Philadelphia’s Bleeding Rainbow.  The track is the second single from the band’s upcoming album, Interrupt, due out February 25 via Kanine Records.  With Rob Garcia on lead vocal duties, “Images” showcases the band’s heavier, more feral side.  It encompasses that unrelenting raw energy that their live shows are known for. 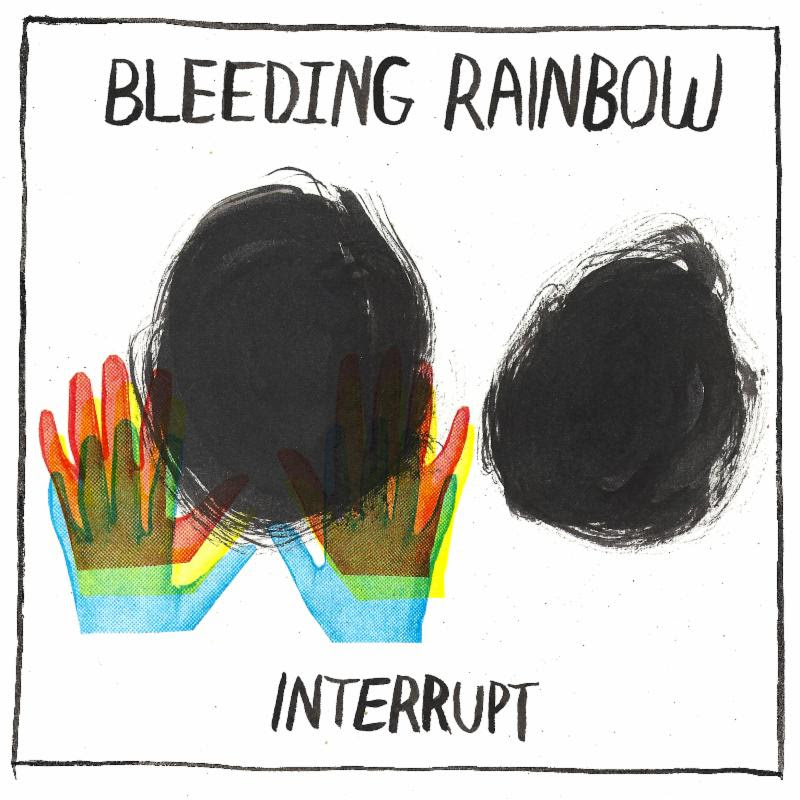 All it took was two weeks. Sometimes just one take.

Such is the spirit of Interrupt, Bleeding Rainbow’s fourth album. Due February 25th

via Kanine Records, the foursome of Sarah Everton, Rob Garcia, Al Creedon, and Ashley Arnwine have stripped bare the layers that came to represent 2013’s

Yeah Right. “We wanted to get back to writing more straight forward songs.” Though the band returned to Kyle Johnson to engineer and produce Interrupt with a stack of demos tested during long stretches on tour, the “efficient” Bleeding Rainbow went to Philadelphia’s Fancy Time Studios with brevity and an impending tour forefront in their minds.

With a runtime south of 35 minutes and little use for “effects and extended guitar breakdowns”, the band has taken lessons learned from previous experiments and put them into practice throughout Interrupt. “The whole process [for Yeah Right] was so long and intense that we just wanted to make the follow-up as simple and to-the-point as it could be.”

Notable throughout Interrupt is the pounding drums of Robi Gonzalez (A Place to Bury Strangers). “Every take of every song I would watch both Al and Rob staring at Robi in complete awe. We owe Robi a lot.” The bombastic backbone of Interrupt won’t be left at the doorstep of the album: “We had to get a drummer who could recreate the beats and hit as hard as he can live – so thank god Ashley stepped in because she is incredible. Everywhere we go on tour people are blown away by her.”