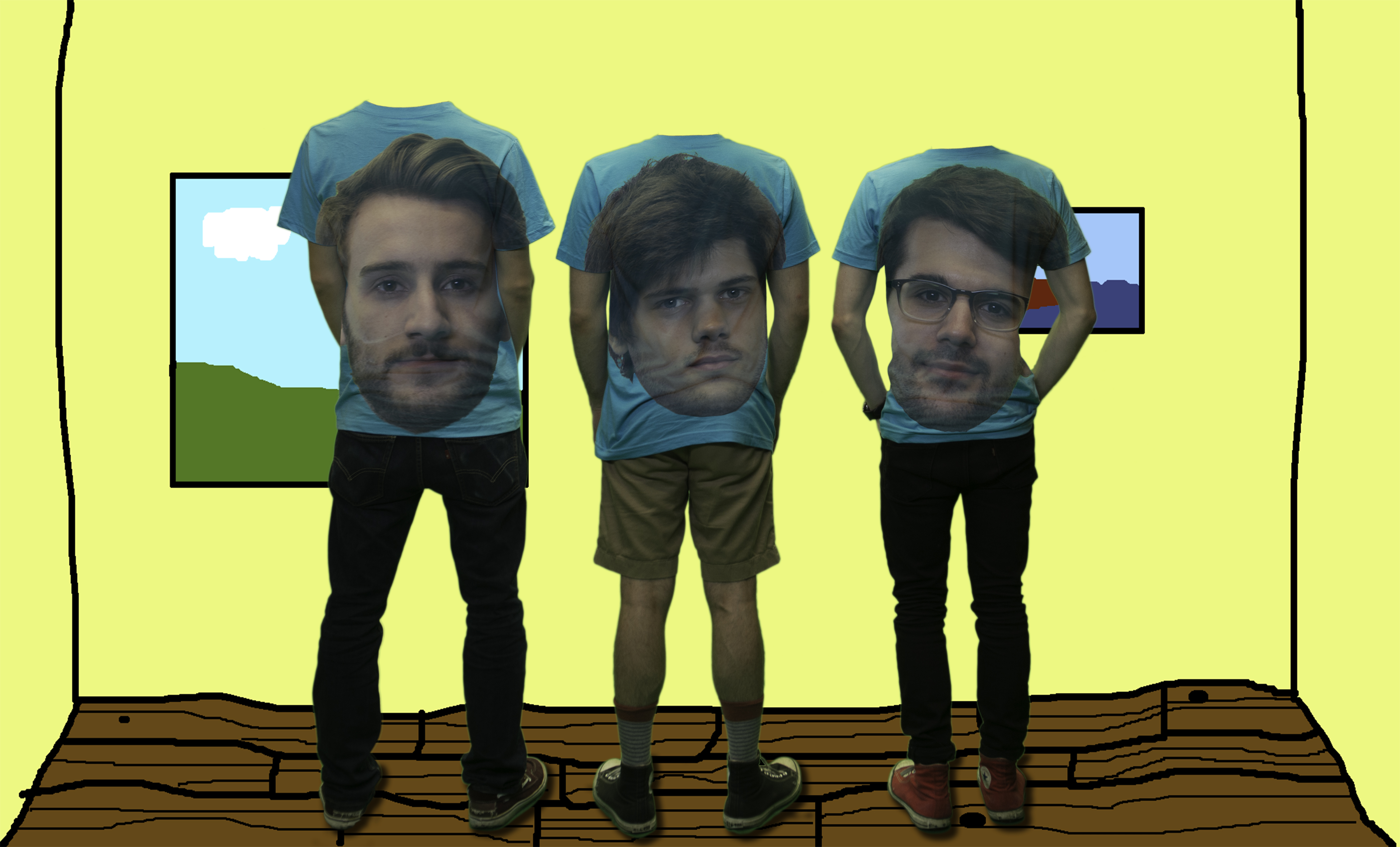 Blasteroid is a new post-rock trio based in Brooklyn, New York, with two gigs under their belt, the second of which was opening for Deerhoof at the Bell House on August 6th. The band was initially founded over the phone on the night before Christmas, after good buds John Shankman, Jesse Bielenberg, and Troy Chryssos decided their mutual love of distortion and a little musical abrasion warranted the creation of a new band. Now, they are excited to share their very first single with the world, “Oaf”: the result of experimenting with sounds from an 80’s Swedish death metal pedal and Super Nintendo drums layered under real drums. Minimalist verses contrast with dreamy shoegaze choruses on the relatable ennui of having just graduated college with no concrete plans for the future, “Oaf” is an unforgettable introduction to Blasteroid’s particular brand of post-rock.

Troy Chryssos, lead singer and guitarist, explained his inspiration for “Oaf” in a statement:

“We wrote the refrain first (it was the first thing I played with the Swedish death metal pedal that anyone liked) and then wrote the other sections to emphasize how absurd the refrain’s dry, ripping sound was.

Lyrically, the song became my answer to the question, “so what are you going to do with your life now that you’ve graduated?” The verse and chorus represent the two options I saw available to myself at the time: give up and get a finance job until I died, or give up and play Mario Kart on my parent’s couch until I died.”

The recording for their first EP began at Tarquin Studios with Greg Giorgio and Peter Katis (The National, Jonsí, Tokyo Police Club) before moving to various apartments and basements. After listening to Troy’s mixes, Blasteroid decided to christen the fruits of their labor Pretty Good. Cold emailing Greg Saunier of Deerhoof for mastering was not only successful, but led to Blasteroid’s second show, opening for Deerhoof on August 11th. The Pretty Good EP is scheduled for release in Fall 2015.