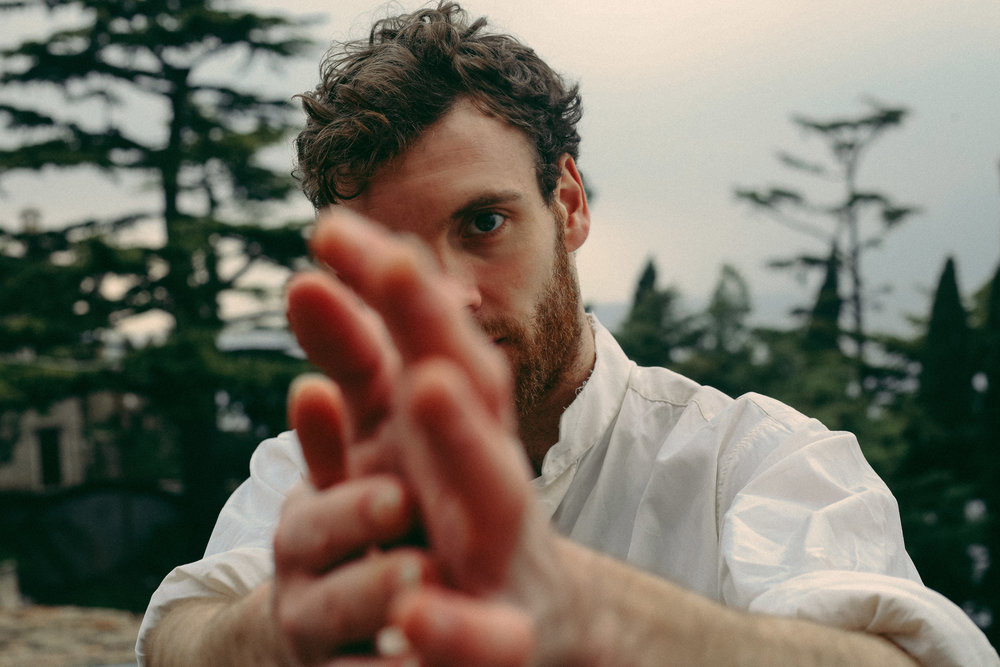 Blanco White lives up to its name. Comprised solely of London-born Josh Edwards – whose musical development took place in Spain and later Bolivia – the creative project began aligning Latin and British culture through music in 2014 with the release of The Wind Rose. Therein the project declared its main ambition: to invigorate the British music scene with the excitement, energy and pure romance that Latin music elicits, through interlacing Latin music with archetypally British sounds. Four years later, Blanco White weaves a tapestry of Gaelic folk, Latin string music and the haunting, surreal charm of Edwards’ vocals in Nocturne – this time employing Latin instruments such as Spanish guitars and the Charango to present a powerful narrative on loss, trauma and escape.

A story teller oscillates between deep reflection and emotional detachment, the former of which is conveyed by the sparse appearance of strings and Edwards’ haunting vocals initiating the piece. Latin and acoustic guitars knit together to suggest an involuntary shift towards fervent regret, the sumptuousness of the sound suggesting a sense of indulgence in sorrow for the speaker, a Freudian-style melancholia. Intermittent blasts of muffled drum foregrounds heavy remorse, suffusing the narrative with its ominous effect, foregrounding the pain of existence, the harsh solidity of everyday existence, from which the speaker long to escape.

Transitions in style to a chorus reprise consisting of gentler singing deliver an ideal auditory setting for the
resignation of the speaker to his apparent fate of repentance – the alteration in style coming across as natural as the slide in mood of the speaker – preceding his reversion to stinging regret. Projected vocals soon enter, inferring with their arrival a folkloric, ballad-esque effect, suggesting that the drudgery of human existence the song conveys is one that has been told countless times before. The protagonist yearns to flee, and the dreamy style of the latter chorus responds by creating an oneiric aesthetic with which to conclude the piece.

Vocals grow softer in the fade out to imply a seemingly more positive ending for the speaker, an oneiric landscape painted by romantic guitar playing and gentle voices; an escape from suffering that only a surreal dreamscape could offer. Herein is a veneration of surrealism, of fleeing reality through art, specifically music and its experimentation.

Nocturne signals the achievement of Blanco White in connecting Latin styles with English music, and uses this stylistic association to convey powerful, relatable and timeless themes.