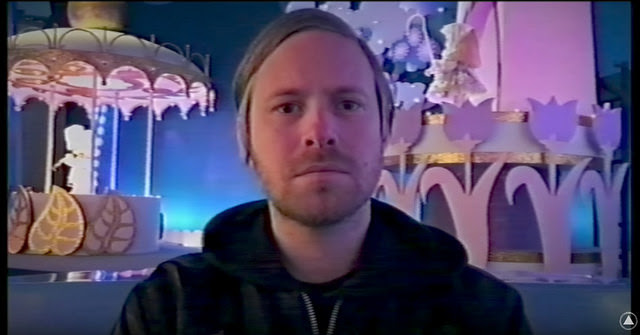 With this new video for “The Rat”, Benjamin John Power asks you to stare directly into his eyes and take a nightmarish trip through the darker recesses of the fairground, stopping through dancing doll towns, merry-go-rounds and warped maggot flashbacks; “The video itself is a bit of fun and was filmed on a family vacation, but somehow I feel it represents discontent within a capitalist regime and a world full of sugar-coated sh*t.” says Power.

“The title World Eater is a reference to both the inner beast inside human beings that when grouped en-masse stops us from moving forward towards good,” says Power.