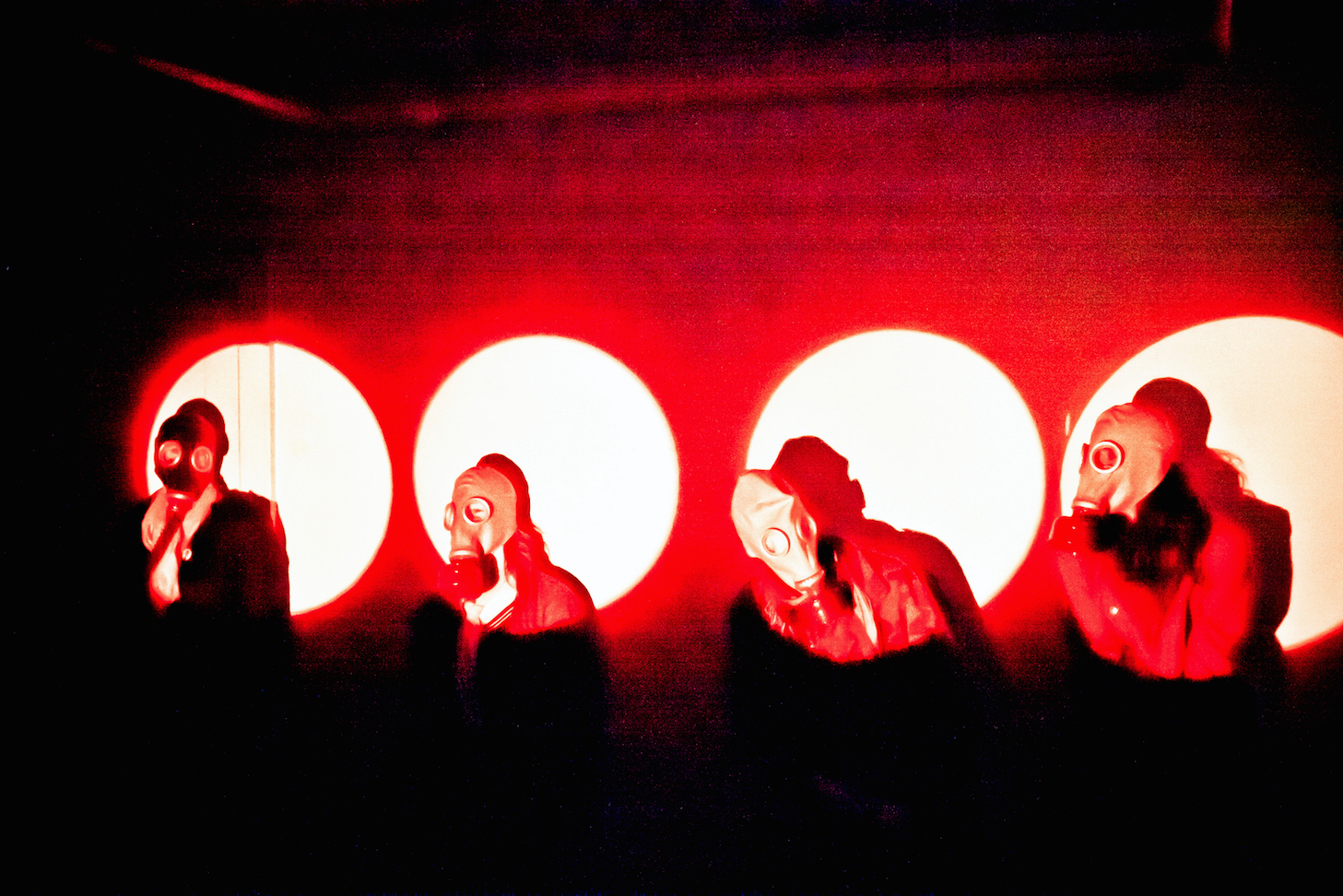 Saratoga Springs, NY, is known more for its championship horseracing, majestic state park and distinct mineral water than its music scene, which largely consists of tourist-driven cover bands to ignore at the bars downtown.

Not since the heyday of The Figgs has there been a representation to the sonic promise of this most historic town in the Empire State than The Black Ships. Named after the Western vessels that sailed to Japan during the 16th and 19th centuries.

“When thinking of the scene here I am reminded of the early 90’s scene in and around London, The Scene That Celebrates Itself I believe it was called and included the groups Stereolab, Lush, Blur, Suede, Elastica,” proclaims frontman John Gill. “Bands around here tend to be friends and help each other out with stuff rather than form rivalries, but that’s not to say things aren’t competitive, bands are always competitive to some degree.”

The combination of Black Ships on hand for the creation of Dead Empires —including Gill on lead vocals, bass, and guitar/synth, Greg Tebbano on lead guitar, lead synth and backup vocals, bassist David Ochal and drummer Ben Patten—is just the right band to let the public know their area is the new breeding ground for American dark romance. As songs like “Aurelian Walls”, “Nuovo” and “Twice Born” can surmise, these guys are aiming right for the opaque heart of its listener by injecting it with a liquefied form of the Pretty In Pink soundtrack cut with just enough NYS hardcore to give it some serious gravity. Imagine, if you will, the concept of Electronic had it been the idea of Morrissey and Peter Hook instead of Johnny Marr and Bernard Sumner. “Peter Hook’s riffs are amazing and definitely a heavy influence along Simon Gallup from The Cure and David J of Bauhaus,” states Gill. “They all play with a lot of heart and soul and it comes out in their music. As far as my riffs go I just play what feels right, it’s a gut feeling. Most of the new album was written on bass—it’s a great instrument as it can play the part of the backbone or a thundering lead.”

The thing is, in the context of The Black Ships, its not just the idea of cribbing the sound of your favorite band. Gill, a studied graphic art school graduate whose work in the realms of design and photography will appeal to any lover of classic 4AD album art, is an incredibly gifted lyricist whose cognizance of quality pop songwriting truly makes the music he’s created here. And the weight of his words provide as much depth and heaviness to the music contained within Dead Empires as the guitars and synths.

“Riding European trains dressed in camouflage and grey,” he sings LP highlight “When The Rain Falls”. “Riding out to Echo Beach, out of touch and out of reach. Recorded orders, without reasons/the pages turning with the change of every season. Fade and run, or fall apart/as we slept, I dreamt of Damascus.” Somewhere in Heaven, Ian Curtis is clapping.

“I am deeply influenced by history,” Gill explains. “Especially the darker side, and how its course and flow affects everything. Looking back on historical events of the past adds a romantic tinge to things and a certain yearning for past times and traditions.”

The northern regions of New York State is loaded with villages and towns with designations like Liverpool, Bristol and Manchester. But only in Saratoga Springs will you find a band in the local area who can properly channel the dour pop brilliance of these famous English namesakes to become a group labels like Captured Tracks, Slumberland and Sacred Bones ought to be seriously scouting. And while its title could be seen as a sly dig to their home state, for Gill, the idea of Dead Empires stretches far beyond our own borders as the troubles in Europe and the Middle East now grow too troubling to ignore any longer.

“From the Fall of the Roman empire to the current conflictsin Iraq, Syria and beyond, empires rise and fall, sowing the seeds of their own destruction,” he states. “Forever becoming a part of the past, forever changing the course of the future.”