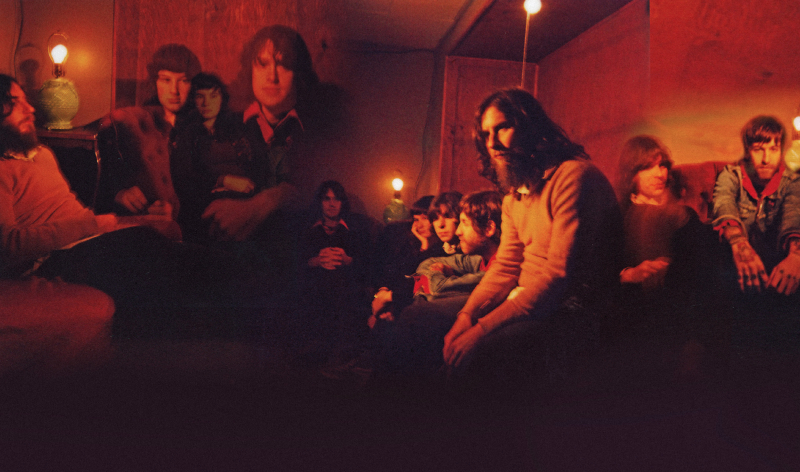 Black Mountain started started off as the fourth album for Jerk With A Bomb, the 4-track bedroom project turned non-rock band led by Stephen McBean that preceded the band, the songs grew from skeletal sessions cut by McBean and Josh Wells and honed on the road in empty North American clubs along with Amber Webber. “We’d lay down the bed tracks, the guitars and drums,” remembers McBean. “Matt [Camirand, bass] joined, and we changed the band name after a dream of how life could be different in the B section between Black Flag and Black Sabbath. Josh’s roommate Jeremy [Schmidt, keys] was lurking about. We asked him if he wanted to add some synth bleeps or whatever. He came back with all these orchestrated keyboard parts, and we said, ‘Oh, you should probably join the band now.’”

They cut the album at the Hive and their jam space in Vancouver, recording in “a big cement room with a tall ceiling, nice boomy acoustics, lots of natural reverb, on an 8-track reel-to-reel tape recorder.” During the sessions, these elemental first tracks found their true shape: the wry, giddy shuffle of “Modern Music,” with its Roxy Music sax and Velvets-y chug; the epic, sky-staring riffage of “Don’t Run Our Hearts Around;” the hypnotic, gracefully heavy groove of “Druganaut;” the joyful rush of “No Satisfaction;” the dark, powerful blues of “Set Us Free;” the mysterious murk of “No Hits.” Savor the compact, spacey brilliance of that cosmic, heavy and subtle debut album, remastered and expanded now with a raft of delicious bonus tracks scavenged from the Black Mountain Army archives. Black Mountain (10th Anniversary Deluxe Edition) is out June 23rd on Jagjaguwar.

The 10th Anniversary Deluxe Edition is a double-LP including 8 bonus tracks on limited edition colored vinyl, using foil-print on the first pressing of the litho-wrap gatefold packaging. The records themselves are limited-edition color matched grey double vinyl, as well as standard black vinyl and double disc CD, which are also available with limited edition foil-printing. It includes the original classic album paired with the Druganaut 12″ plus 4 previously unreleased tracks. 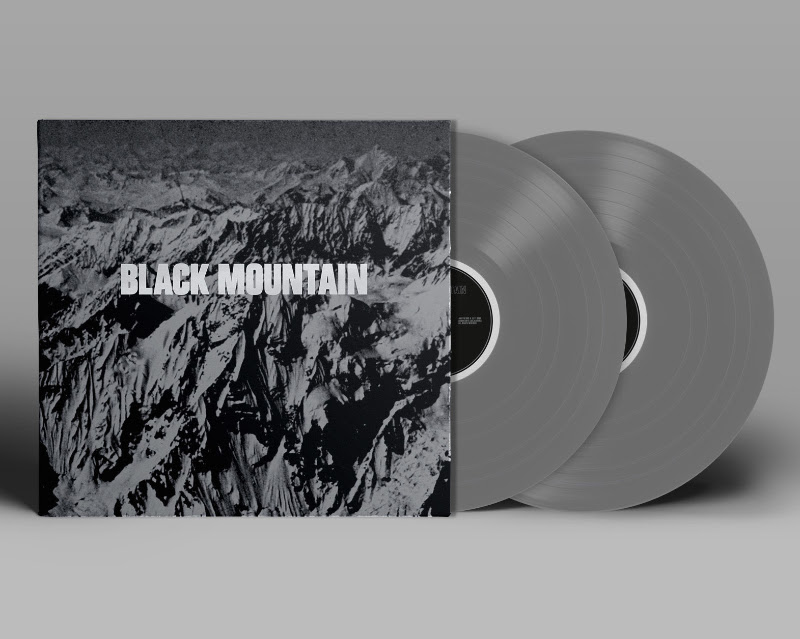