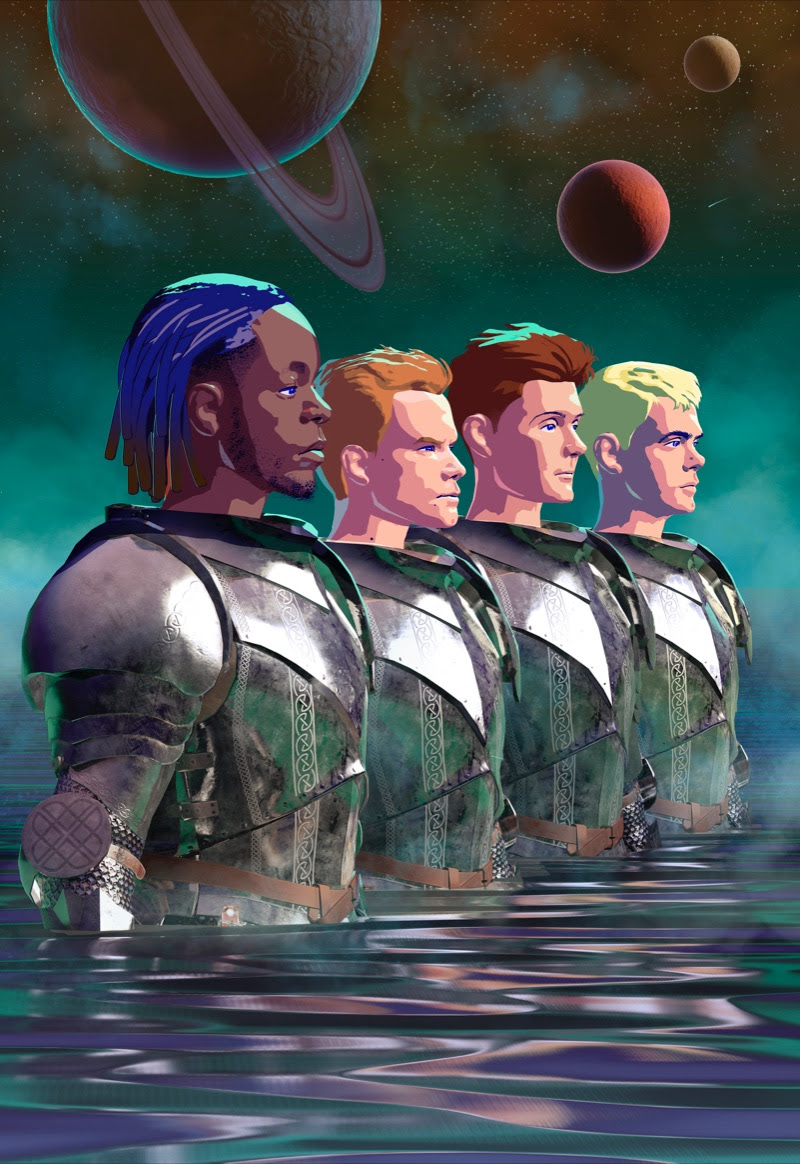 black midi have released a new video for “Ducter.” The track is off the band’s LP Schlagenheim, out June 21st via Rough Trade. The track follows previously released songs “Talking Heads” and “Crow’s Perch.” Directed by Anthrox Studio, ex-Rockstar Games visual artists primarily responsible for developing the iconic illustrations associated with world-class game titles such as Red Dead Redemption 2 and Grand Theft Auto V, the video evokes a strong sense of surrealism, using dreamlike imagery via 3D landscapes to conjure an uncanny feeling of a world that exists only for its own sake, all brought to life by Emmy Award winning animator Isam Prado.

black midi return to North America next month for select shows, including a performance at the Pitchfork Music Festival in Chicago. In November, the band will perform all over the country, playing many North American cities for the first time.

“After meeting with the band and discussing some broad concepts they had in mind, we could immediately tell this would be a dream project,” said Anthony Macbain and Roxie Vizcarra of Anthrox Studio. “Using a few of the bands’ influences as a springboard, we were given total creative freedom with which to make something we believed both complemented the band’s aesthetic and told the story we wanted to tell. From the very beginning, everything seemed to come together organically, and the result is something we feel is enigmatic and unique.”