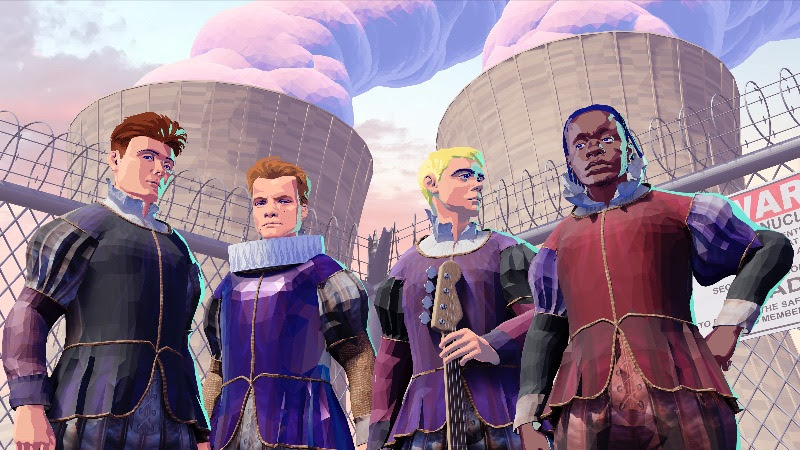 London, England quartet black midi have released their new single, “Talking Heads”. The track follows recently released single, “Crow’s Perch,” and will be available as a double A-side 12” next month via Rough Trade.

black midi is comprised of Geordie Greep (vocals/guitar), Cameron Picton (bass/vocals), Matt Kwasniewski-Kelvin (guitar/vocals) and Morgan Simpson (drums). They bonded over shared musical enthusiasms, or “liking messed up things” as Kwasniewski-Kelvin puts it, including an appreciation for rapper Danny Brown, Death Grips, Deerhoof, Miles Davis and Talking Heads. “We’ve always tried to make it heavy but danceable, melodic but good rhythms,” says vocalist and guitarist, Geordie Greep. “It is accessible music, there are experimental aspects that we’ve taken from when we went crazy at the beginning, we’ve just reigned it in to make something that is pop music.”

After playing their first North American live shows, being named a standout act at SXSW and selling out their first two shows ever in New York City, black midi will return to New York this July to play Bowery Ballroom. Additionally, they will appear at Pitchfork Music Festival in Chicago, and will play shows in Minneapolis and Madison. A full list of upcoming tour dates is below.