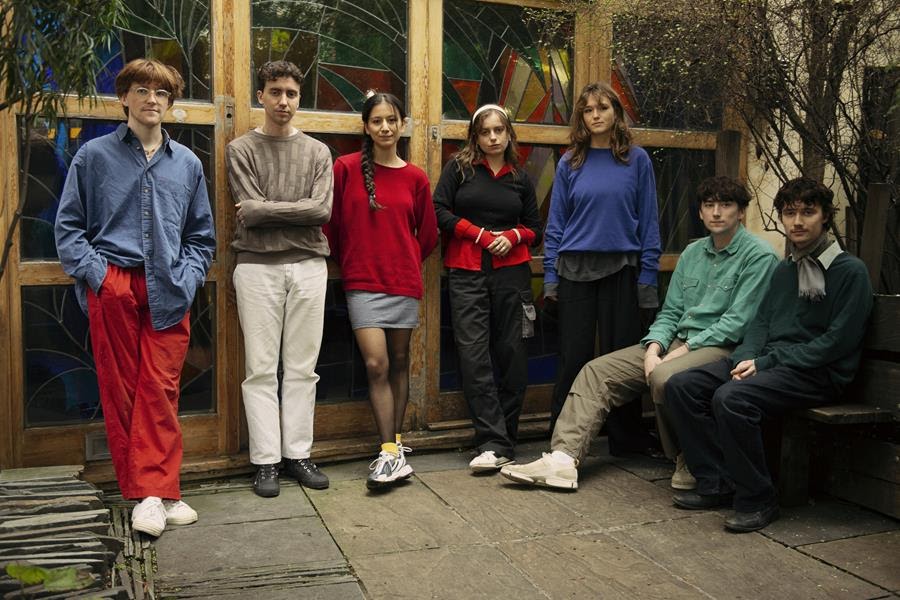 London seven-piece Black Country, New Road have shared a new version of “Track X” entitled “Track X (The Guest)”, the genesis from which the album highlight would later develop and a track that Isaac Wood first performed solo under the name “The Guest”, pre-BC,NR. The original version is off the band’s current release For The First Time.

Stripped right back to front-man Isaac’s stark lyrics and an acoustic guitar, it’s a tender take on personal experience and a reminder of the creative dynamics within the group, how sparse beginnings can grow into something ever-expansive and different entirely.

“This version is where the lyrics for “Track X” originally came from. It’s an old story, with some simple guitar playing and has the extra lyrics in the chorus. It’s “The Guest” version, written about 2 years ago in this format and we thought it would make for a good accomplice to the album.”

Stream/purchase For the first time HERE