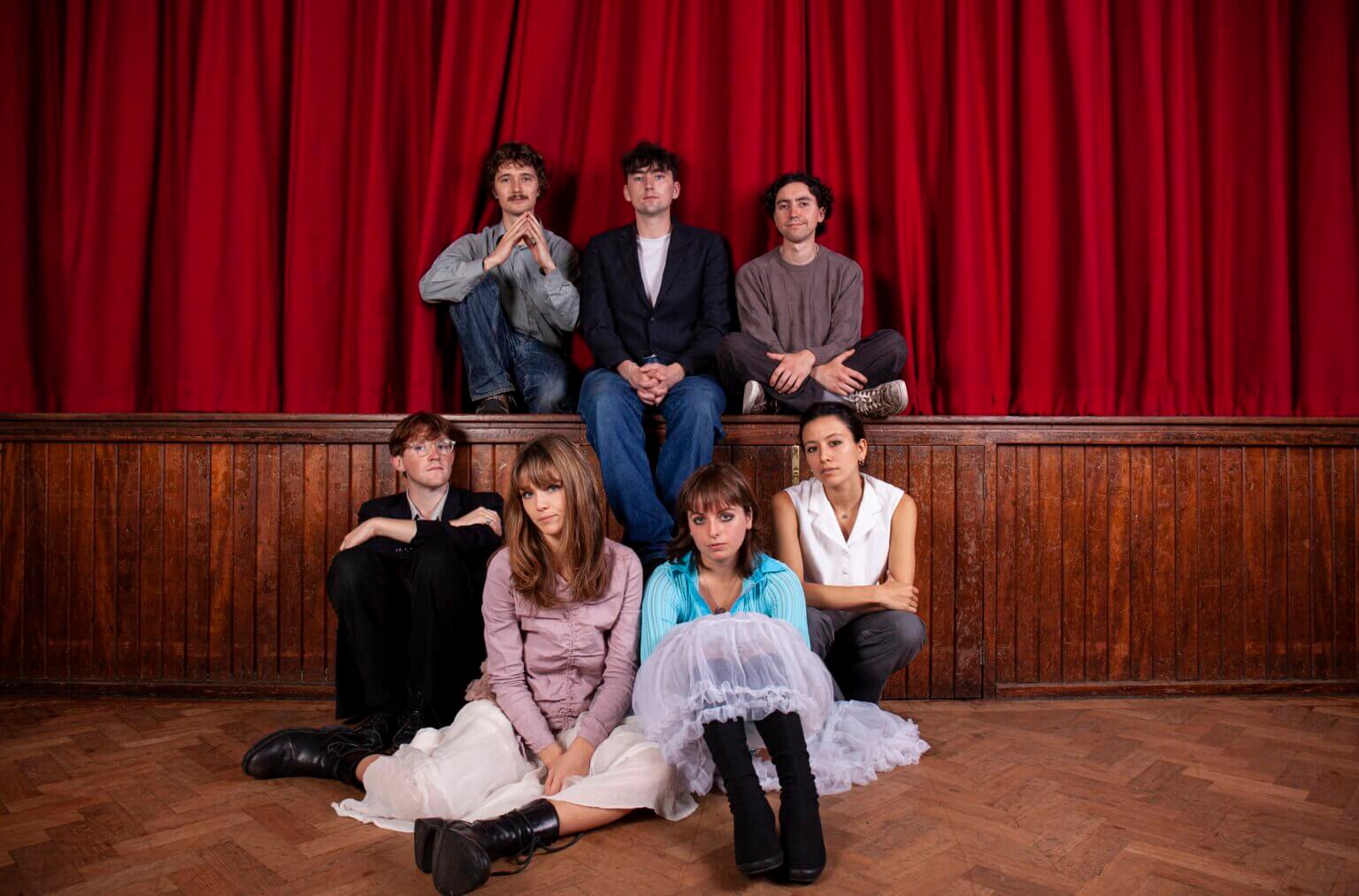 Black Country, New Road have released a new video for their latest single “Concorde.”
Share on TwitterShare on PinterestShare on PocketShare on RedditShare on FacebookShare on Email

Black Country, New Road have released a new video for their latest single “Concorde.” The song is lifted from their forthcoming, LP Ants From Up There, which drops on February 4th on Ninja Tune. The video was directed by Maxim Kelly and saw the band collaborate heavily with independent production company Caviar. This marks the first video of it’s kind from the band with sci-fi b-movie themes and featuring a number of surprises.

Speaking on the video, Maxim says, “On the surface, the concept was straightforward, a walking video: An Ant from “up there”, sings Concorde. But, for a band who namecheck everyone from Scott Walker to Kanye West, and the pronounced mix of genres in their music, it felt right to take an analogous approach with the visuals. Throw as many references together as possible and see if we, too, could get it all to hold together as a piece.

We took the 6 minute+ runtime as an asset. It gave us the time needed to weave as much as possible into the film. A walking video in parts, but also with a narrative running through. We combined miniatures with VFX, and flanked the film with Archival footage. The band were so supportive and amazing. They gave us the encouragement to just go off on one! And being a massive fan of their music, it was a genuine pleasure to work with them on this film.”

Recorded at Chale Abbey Studios, Isle Of Wight, across the summer with the band’s long-term live engineer Sergio Maschetzko, it’s also an album that comes loaded with a deep-rooted conviction in the end result. “We were just so hyped the whole time,” says Hyde. “It was such a pleasure to make. I’ve kind of accepted that this might be the best thing that I’m ever part of for the rest of my life. And that’s fine.”

Order Ants From Up There by Black Country, New Road HERE