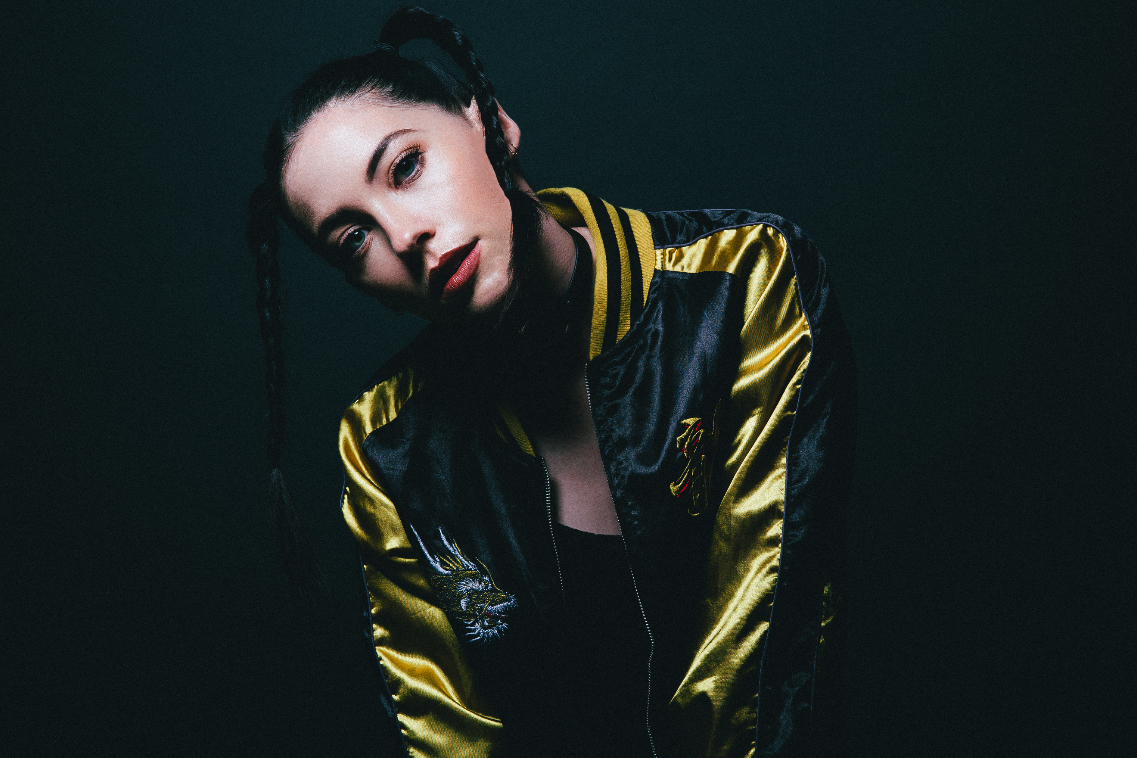 Bishop Briggs has had the interesting life. A Scottish girl who spent her childhood in Japan and then Hong Kong, she found musical inspiration through the karaoke scene. Moving to L.A. for music school she started to play the club scene, eventually working with Mark Jackson and Ian Scott on what would eventually be her hit singles “Wild Horses” and “River.” After a tour with Coldplay, her own tour and now another EP she’s coming closer and closer to her big moment. We caught up with Sarah aka Bishop Briggs at Osheaga to talk about her unique upbringing, arranging process and how she finds inspiration in dark subject matter.

Northern Transmission: How did your childhood in the Japanese karaoke culture inspire you as an artist?

Sarah McLaughlin: It was the first time I ever really saw this world of performing. The other side of karaoke bars is the whole catalogue of music, that shows you so many different kinds of writing styles. My go to was always Motown music, and the blues, because there’s so much about that that’s just proclaiming what’s going on. Then I really got into Janis Joplin and that was about being direct as well, but there was so much poetry in both these genres. I don’t know if I hadn’t gotten into karaoke if I would’ve got that bug.

NT: How do you channel your piano writing into the more electronic and dynamic songs that you make in the studio like River or the Way I do?

SM: Sometimes the piano is just the starting point of melodies and lyric ideas. When I get into the world of Mark and Ian, I’m introduced to tons of different sound libraries that inspire all of us in the room. Then we go into the samples world, using different noises to create beats and get that hip hop influence. It’s always different, I’m sure if we break down the songs you’d be able to tell which songs start on piano and which ones start on guitar. When it comes to me diving into that depressed, emo place, it does always start with me on the piano.

NT: In this respect do you see Mark and Ian as an essential part of your process, and do you find they’re changing along with you?

SM: Yes, I love them so much, and they are one of the main reasons I’m sitting here. If it wasn’t for our collaborations, none of the new music would be here. It’s so funny, I searched in L.A. for so long for the right collaboration, and there’s a lot of producers but it’s hard to find people that really listen to your ideas and are okay with the idea of collaborating and taking risks. We’ve grown together over this past year I think and hopefully we’ve evolved through the experiences.

NT: Do you find comfort in a more reserved live show or are you trying to bring it to a higher energy place as you evolve?

SM: When I was performing in little coffee shops, I was performing as if it was a stadium. I tried to give all my energy in quiet coffee shops, quiet energy so I was never asked back. I think the former thing of me in clubs was that there wasn’t enough room to run around, but I always try to project the same amount of energy. I’m still as nervous if not more nervous than I was at the start. People say “Oh that’s great, it’s because you care,” I’m over it, I’m tired of feeling this way but it is because I care. I know when I go on stage all that matters is connecting with the audience and being authentic because nothing matters more than the pain or joy of when you wrote the songs.

NT: Looking lyrically, what is it about darker poetry that you find so addictive as a writer?

SM: For as long as I can remember, even when I was this little girl in Sunday school in Japan, I was finding something dark to write about. I don’t know if that was suppressed energy, maybe because in my day-to-day I’m grateful and have a good attitude that maybe I see it as a front, even though it isn’t. There is something very real about not being a robot and when you are in the private spaces of writing it’s important to dive into those sections of your brain that you might not on a day-to-day basis.

NT: When you were starting to spin your EP together for this year what did want to do to make it more than just a collection of your singles?

NT: What was your biggest takeaway from touring with Coldplay?

SM: One of the first things I always think of is something that Chris said to me. He said this one stage too, but you never know if a show will be someone’s first show or their last. It spoke to me because I really like to give it my all on stage and I appreciated that sentiment.

NT: Are you considering doing a show in your namesake home of Bishopbriggs, Scotland?

SM: I would love to. It’s funny because I truly am an alien no matter where I go. I feel very at home in Bishopbriggs because my entire family is there, but my accent makes me stand out and feel like an annoying person, all you hear is valley girl. I would love to if they’ll have me, I would be honoured. 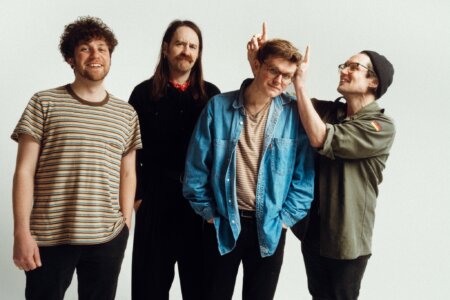