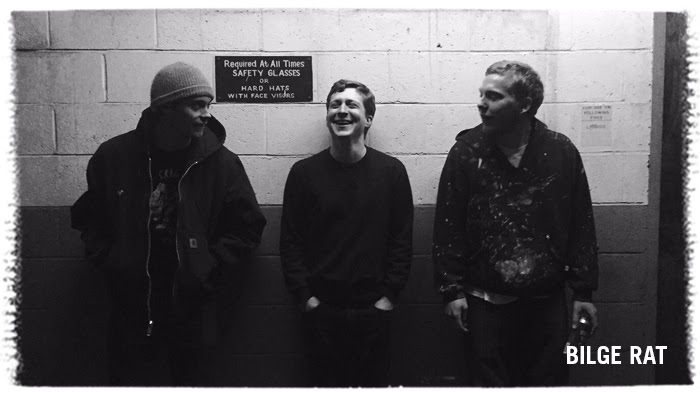 Bilge Rat, have released a brand new video for their single “Orb the Horse”. The track comes off the band’s recently completed self-titled LP. The band, kick off their tour, tonight in Atlanta, GA.

Bilge Rat play a genre, that they describe as chamber grunge, tangling themselves up in elegantly conflicted moments of dissonance and coaxing some grace out of the pile of discord. The band combines dense guitar work with jazz-informed drums and frontman Michael Kusek’s cutting nasal croon. After jamming together in a church attic, Kusek and guitarist Quinn Pirie formed the band in the summer of 2015, with drummer Ryan Kalentkowski joining a year later. Coming from folk and jazz backgrounds, they have slowly evolved their sound into something singular. Bilge Rat’s live shows border on improvisational, testing song structures and concepts and highlighting the band’s jazz roots. The new LP draws a similar sound to In Utero-era Nirvana, Modest Mouse’s Lonesome Crowded West or Slint’s Spiderland, with Kusek’s vocals at times evoking Irish singer-songwriter Fionn Regan.

Since their inception as a band, Bilge Rat has toured extensively throughout the eastern US. This winter they’ll be touring with Fond Han and Bad Heaven (ex Snowing), and later again with Bunny​ ​Boy.