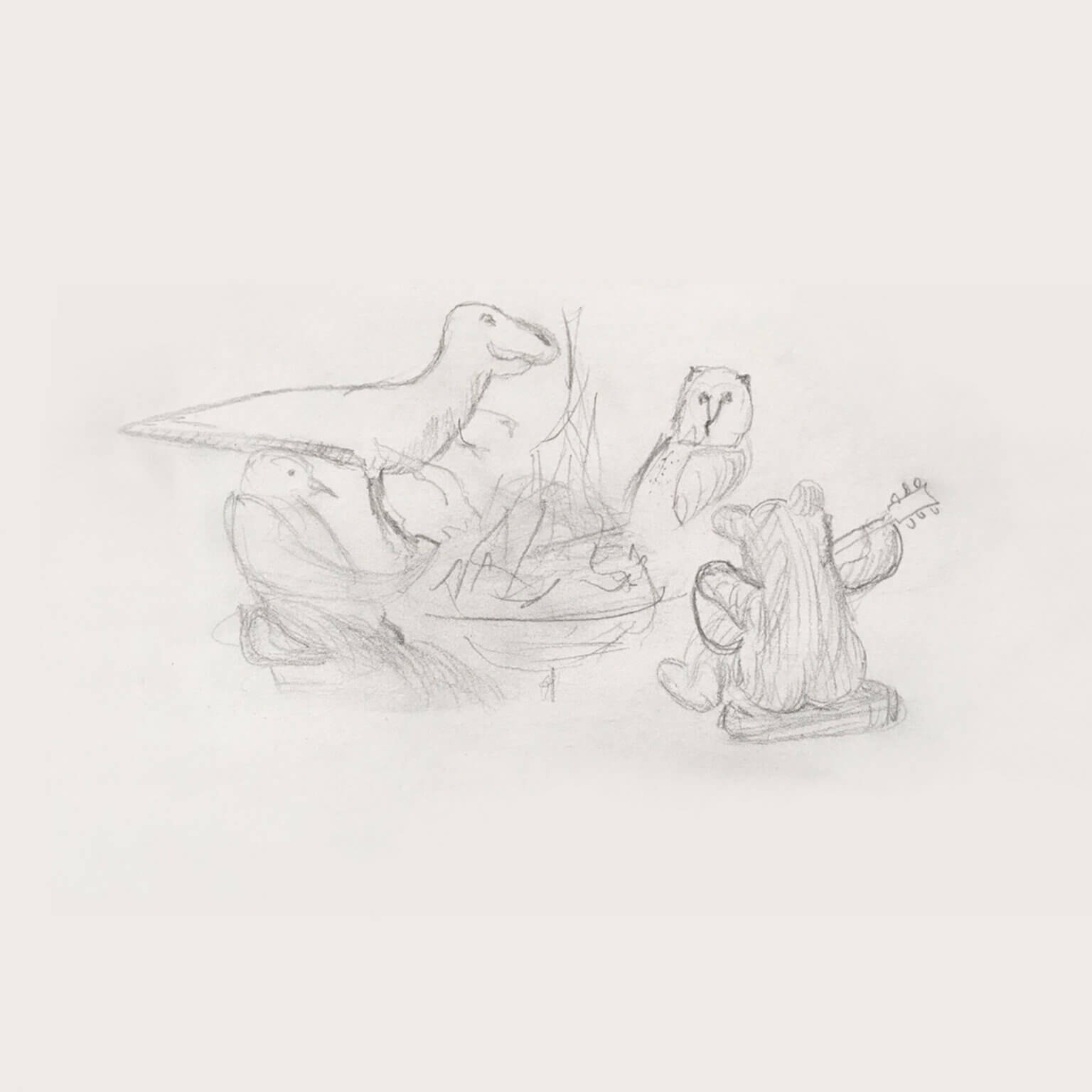 Big Thief‘s new album, Dragon New Warm Mountain I Believe In You, is out 11th February 2022. So far, they’ve released a string of songs that put their inimitable chemistry on display, several of which have appeared on many best of 2021 lists. Today, they reveal two new singles, ‘No Reason’ and ‘Spud Infinity’.

DNWMIBIY was recorded in four different sessions, and during the third, in the Colorado Rockies, the band heard someone playing beautifully from a nearby lookout tower. They soon met the person responsible for the sound – musician Richard Hardy, who played on countless records over the past 30 years including several with Carole King. They invited him to sit in on some songs, and his inspired fluting brings a lot of love to the tearfully wholesome track ‘No Reason’.

Today’s second single, ‘Spud Infinity’, is charming, Adrianne Lenker’s lyrics sweet and playful: “When I say infinity I mean now // Kiss the one you are right now // Kiss your body up and down other than your elbows // Cause as for your elbows they’re on their own.” The track features Noah Lenker, Adrianne’s younger brother, on jaw harp, plus Mat Davidson on fiddle. The song has been performed live both by the band and by Lenker on her solo tour, and has become a fan favourite.

Dragon New Warm Mountain I Believe in You is a sprawling double-LP exploring the deepest elements and possibilities of Big Thief. To truly dig into all that the music of Adrianne Lenker, Max Oleartchik, Buck Meek, and James Krivchenia desired in 2020, the band decided to write and record a rambling account of growth as individuals, musicians, and chosen family over 4 distinct recording sessions. In Upstate New York, Topanga Canyon, The Rocky Mountains, and Tucson, Arizona, Big Thief spent 5 months in creation and came out with 45 completed songs. The most resonant of this material was edited down into the 20 tracks that make up DNWMIBIY, a fluid and adventurous listen. The album was produced by Krivchenia who initially pitched the recording concept for DNWMIBIY back in late 2019 with the goal of encapsulating the many different aspects of Adrianne’s songwriting and the band onto a single record.

The attempt to capture something deeper, wider, and full of mystery, points to the inherent spirit of Big Thief. Traces of this open-hearted, non-dogmatic faith can be felt through previous albums, but here on Dragon New Warm Mountain I Believe In You lives the strongest testament to its existence.