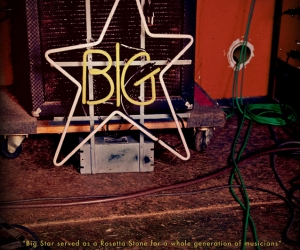 BIG STAR: NOTHING CAN HURT ME is a feature-length documentary from Magnolia Pictures about legendary Memphis band Big Star.  The film opens in New York at the IFC Center on July 3 and will also be available that same day on iTunes and via most on demand video services. A special Los Angeles opening is also set for July 5 & 6 at the Nuart. Big Star tribute concerts in Chicago and New York are taking place this weekend, featuring Jody Stephens, the band’s sole surviving original member & drummer, in anticipation of the film’s release (more info. here). The film’s soundtrack was just released this week via Omnivore Recordings.

While mainstream success eluded them, Big Star’s three albums have become critically lauded touchstones of the rock music canon. A seminal band in the history of alternative music, Big Star has been cited as an influence by artists including REM, The Replacements, Belle & Sebastian, Elliot Smith and Flaming Lips, to name just a few. With never-before-seen footage and photos of the band, in-depth interviews and a rousing musical tribute by the bands they inspired, BIG STAR: NOTHING CAN HURT ME is a story of artistic and musical salvation.

Among many ardent music fans and critics the band, Big Star, is widely regarded as one of the greatest bands in rock history. Never experiencing popular success in their time; even today their greatest notoriety is from their song, “In the Street” the title theme for the Fox sitcom, That 70s Show. But despite their unique distinction of being famous for not being famous, today Big Star’s influence can be heard in the music of artists as diverse as R.E.M., The Replacements, Wilco, Beck, Jeff Buckley and Elliot Smith, just to name a few.

BIG STAR: NOTHING CAN HURT ME traces the origins and history of the legendary band from the late sixties with lead singer Alex Chilton sky-rocketing to stardom at the age of sixteen with The Box Tops and their #1 hit, “The Letter” to the serendipitous meeting of Chilton and local Memphis singer-songwriter-guitarist, Chris Bell; through the tumultuous recording of the group’s three landmark albums, #1 Record, Radio City and Third/Sister Lovers (Ardent Records); culminating with their implosion due to failed record sales, personal breakdowns and the tragic death of Chris Bell in 1978.
This film is a unique portrait of an incredibly talented group of musicians who crafted three albums now considered pop masterpieces (all of which charted on Rolling Stone’s Top 500 albums of all time). The group strived for stardom but fell victim to the corporate stranglehold of the major record labels and radio stations who dominated the music business at that time. BIG STAR: NOTHING CAN HURT ME is seen as a cautionary tale of the growing corporatization in pop music in the 70’s as great American independent labels like Memphis-based STAX (Ardent’s distributor), were swallowed whole or marginalized by the music conglomerates. Artists whose musical vision and style were not deemed worthy of radio play were doomed to obscurity until many were discovered by a new breed of musical upstarts who arose from places like CBGB’s in New York and in college towns throughout America. Eventually aligning under the term “Punk Rock,” the movement by the late 1970’s sought to topple corporate control over the music industry and remind the world what rock and roll is all about. It was the leaders of this movement-bands such as REM, The dB’s, The Replacements–and the passion of many frustrated music writers at such publications as Rolling Stone, Creem, and Musician Magazine who brought about Big Star’s resurrection and eventually defined the term “alternative music,” articulating a genre lying outside of the mainstream and brimming with the vitality and soul on which rock and roll was built.