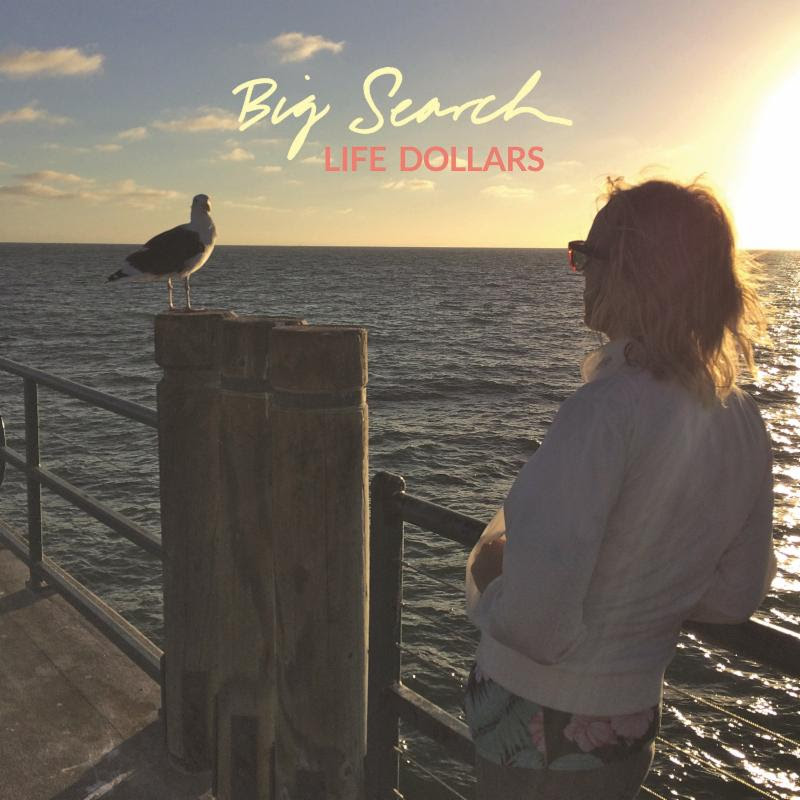 *Life Dollars are accrued by attending matinees and barbecues, taking stoned naps, water sports, romantic escapes and all the other things you think you haven’t earned. Big Search rejects the monetizing of self worth, thus Life Dollars can not be measured by numbers, only vague piles.

Big Search is the ever-present alter ego of Matt Popieluch as he continues to make his way through Californian life, channeling the cross-currents of romance, upheaval, and casual adventure.

After over a decade of making music in various bands like Foreign Born and The Cave-Ins, and assisting in bands Papercuts, Fools Gold, Glasser, Cass McCombs, Taken By Trees and Sky Ferreira, Big Search has been steadily uncovering the music being revealed to him in flow-states. After two albums and a number of singles, “Please Do Not Explain” was included on the compilation 30th Century Records Volume I from Danger Mouse’s new imprint 30th Century Records. The label is happy to announce that it will be releasing his full length album Life Dollars on August 19, 2016.

Today, Big Search shared the first single off the album, “Can’t Understand The News” with Stereogum, who called the song “an overwhelming sense of atmospheric melancholia laced with beautiful vocal harmonies and dreamy guitars.” The track will also be available via digital platforms Spotify and iTunes.

Life Dollars was recorded during two five days periods in Los Angeles with producer Rob Barbato (Kevin Morby, Bleached). The sessions were squeezed in between Matt’s tour dates while he was working as a hired guitar player, and recorded live with Dan Iead on guitar, Garrett Ray on drums and Rob Barbato doubling on bass. The majority of the songs here were written at the beginning of an international romance-turned-marriage that has since ended, giving the songs dual natures. As a result, the music embodies longing, idealism, uncertainty, isolation, and emotional gambling on a bed of drifting escapism. The arrangements were inspired by the time Matt and Dan Iead toured as a duo through New England a few autumns ago. In a minimal rental car, surviving on pizza and a hacky sack, they developed the 12 string acoustic – electric guitar combination that would become the core of the record. Add a rhythm section, harmonies, synthesizers, vibes, and a few woodwinds and you’ve got all you need to rake in some Life Dollars.