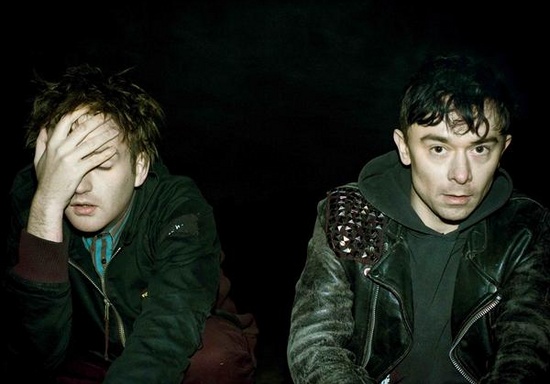 British electronic rock band The Big Pink are making a return with their brand new single “Hightimes.” The “Empire Underground” EP’s release is due in 2016. “Hightimes” is available now digitaly on iTunes and Spotify and will be available on 12″ clear and black marble vinyl soon.

“Hightimes” is a soaring maelstrom of powerful industrial beats and distorted chords, whirling in a heady swathe of synthesizers and stadium psychedelia — serves as the perfect taster of their forthcoming “Empire Underground” EP and what’s to come in 2016 .

With two critically acclaimed albums under their belt “A Brief History of Love” and “Future This” – both reaching Top 10 status in the Billboard Heatseekers and Tastemakers Album Charts – The Big Pink will release the “Empire Underground” EP in early 2016 and will follow with their third full-length later in the year, alongside a North American tour (dates TBA).

Currently, the band are based in Los Angeles working on new material and will be performing live each week at The Echo on Monday, November 16th, 23rd and 30th at 10:30PM sharp. For more details on this specially curated, weekly line-up – which includes a DJ set from Miike Snow’s Andrew Wyatt.