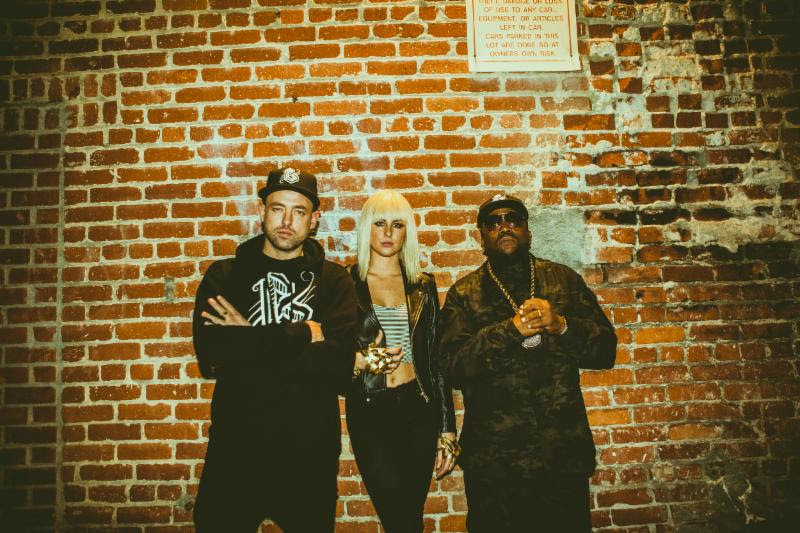 Big Grams (Big Boi + Phantogram) surprised fans around the world at the end of 2015 with their self-titled official debut album, BIG GRAMS (Epic Records). Early last week, they hinted at no signs of slowing down in 2016 with the release of a new segment of Adult Swim’s “Off The Air”, featuring the trio in a 2D psychedelic adventure, soundtracked by their songs “Born To Shine” featuring Run The Jewels and “Run For Your Life”. Today they share their new Drum Machine Remixes EP and the official video for their club-banger that features Skrillex.

Directed by Bryan Barber, a longtime Outkast video collaborator (“Hey Ya”, “So Fresh, So Clean”, “The Way You Move”, ‘International Player’s Anthem”), the “Drum Machine” video exposes the gritty underbelly of Los Angeles, ironically experienced through a day in the life of a lascivious furry fox disrupting it’s way through Hollywood and onto the dance-floor. Per usual, the best friend supergroup of Antwan Patton, Sarah Barthel and Josh Carter show up to crash the party when you’d least expect. Simultaneously timed, Big Grams today drop five new takes on the hit song, featuring remixes from Chris Lake, Slaptop, Fareoh, Melé and Naderi, available for purchase or stream on all digital partners now.

Big Grams will bring the cross-genre spectacle to the most exciting summer festival lineups in 2016 across North America, with further dates to be announced soon.