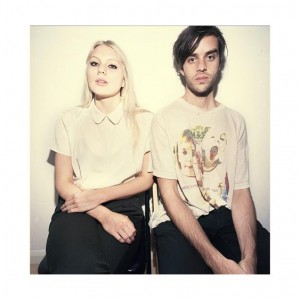 Fresh off of the release of their new album June Gloom and a headline UK tour, Big Deal would like to celebrate by sharing a new video for “Swapping Spit.”

“Swapping Spit” features Big Deal as a foursome for the first time, introducing audiences to Melissa Rigby on drums and Huw Webb on bass. Having been friends and touring mates with Melissa and Huw for sometime the chemistry between these four is as easy and bright as a summer breeze.

Big Deal will be releasing “Dream Machines” on July 23rd along with a full band version of “Locked Up”, a track that originally appeared on the debut release. Check out “Locked Up” here. And for those of you who are lucky enough to be traveling abroad this summer check out the band’s upcoming European dates below.