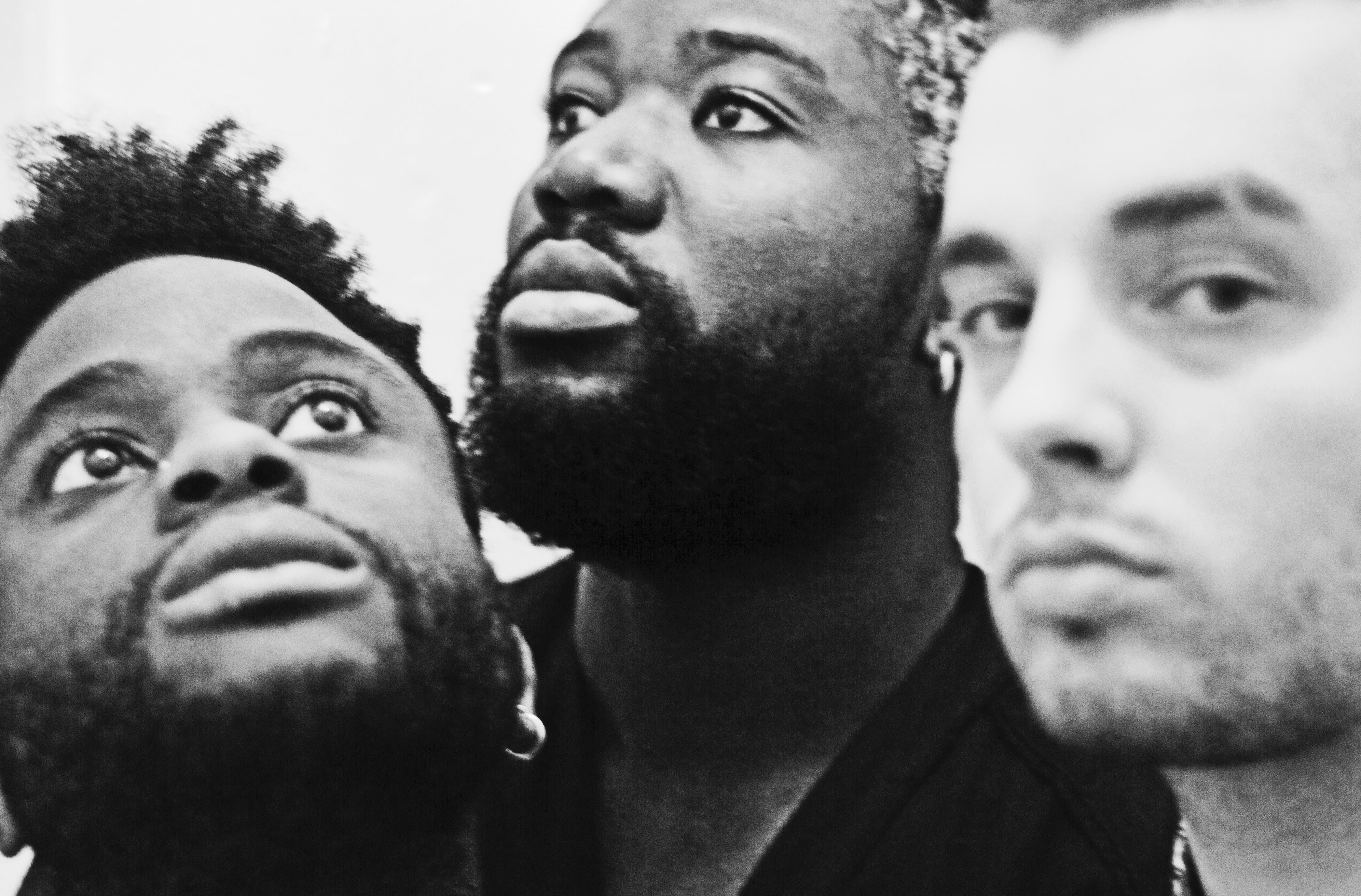 When we were younger,
We made some tapes.
Now they’re a double album
Could be the best music we’ve ever made.
Who knows?
Who cares?

Music fans often imagine that, if they had been around at the time, they would have been one of the very few thousands of people who bought The Velvet Underground’s ‘banana’ debut album, or Love’s Forever Changes. Hindsight casts such albums as ‘classics’ but, at the time of their respective releases they were hardly noticed.

The re-release of Young Father’s debut ‘mixtape’ TAPE ONE and it’s follow up TAPE TWO gives us a chance to reappraise two albums that sat firmly outside the mainstream in 2011/12 and still seem prescient today.

Re-mastered by Mandy Parnell and available as a double record on vinyl, CD and cassette they retain the ability to create the feeling that they have been viciously ripped from the basement studio in Leith where they were recorded.

TAPE ONE was recorded within a week. It was first released in November 2011 as a free download and limited edition cassette with individually spray-painted sleeves. TAPE TWO was recorded almost immediately afterwards, in January 2012. Eventually LA based label Anticon picked up both albums and gave them a limited release in the USA.

In 2014, TAPE TWO won the prestigious SAY Award (Scottish Album of the Year) which brought a cash prize of £20,000, worth a similar amount to the $10,000 awarded to Sly and the Family Stone at the Ohio State fair for ‘Most Outstanding New Talent of 1968. What does this mean? Who knows? Who cares? Who gives a fuck?

Young Fathers have 6 tracks featured on the Trainspotting T2 soundtrack and will be headlining their own show at M.I.A’s curated Meltdown at the Royal Festival Hall June 9th. They will also be performing a special, ‘TAPEs-only’ show at Rough Trade East on June 5th.