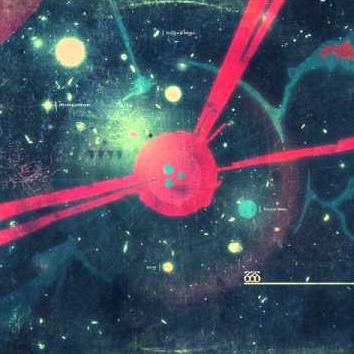 Today Big Black Delta announced additional live dates in North America. After a one-off performance at Brick & Mortar in San Francisco scheduled for May 1st, the band will kick off June dates at the Echo in Los Angeles and wrap up on June 22nd at Grasslands in Brooklyn. Following these dates, Big Black Delta will head overseas for UK festival appearances, including stops at Reading and Leeds. See below for a complete list of dates.

The brainchild of Los Angeles native Jonathan Bates, Big Black Delta’s explosive live show features dueling drummers and an orchestrated light show using visual elements of the bespoke album artwork, which was created by Bates himself and creative director Caspar Newbolt. No stranger to pushing boundaries, LA based Bates was, until recently, the driving force behind alt rock favorites Mellowdrone, has been heavily involved in M83’s live and studio sound and has also worked with the likes of White Sea, among others.

Big Black Delta spent most of 2012 on tour with Jane’s Addiction, The Joy Formidable, M83 and releasing the first tracks off the new album, including ‘IFUCKINGLOVEYOU’ and ‘Betamax’ Big Black Delta has also been in demand for remixes for Daft Punk, Rob Zombie, M83, Dhani Harrison’s Thenewno2’s and most recently Maynard from Tool’s new project Puscifer.