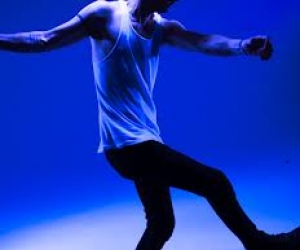 Big Black Delta’s self-titled new album receives a physical release today, via Masters of Bates. The album was previously released digitally on April 30th. In celebration of the release, tonight Big Black Delta kicks off their forthcoming U.S. headlining tour with a performance at The Echo in Los Angeles, CA.

Big Black Delta’s self-titled offering features a collection of tracks fusing ambient electronic rock with uplifting melodies to create a sound that refuses to be denied. The album’s first single “Side of the Road” was directed by Warren Kommers. “Side of the Road” quickly garnered the attention of remix masters Emperor Machine and Dinamo Azari, who each added contributions to the track.

The forthcoming U.S. tour kicks off in Los Angeles on June 4th and will wrap up on June 22nd at Glasslands in Brooklyn. Following these dates, Big Black Delta will head overseas for UK festival appearances, including stops at Reading and Leeds. See below for a complete list of dates.

The brainchild of Los Angeles native Jonathan Bates, Big Black Delta’s explosive live show features dueling drummers and an orchestrated light show using visual elements of the bespoke album artwork, which was created by Bates himself and creative director Caspar Newbolt. No stranger to pushing boundaries, LA based Bates was, until recently, the driving force behind alt rock favorites Mellowdrone, has been heavily involved in M83’s live and studio sound and has also worked with the likes of White Sea, among others.

Big Black Delta spent most of 2012 on tour with Jane’s Addiction, The Joy Formidable, M83 and releasing the first tracks off the new album, including ‘IFUCKINGLOVEYOU’ and ‘Betamax’ much to the delight of bloggers everywhere. The band also collected some heavyweight fans with Jay-Z and Dave Navarro taking to their online outlets to heap praise on the band. Big Black Delta has also been in demand for remixes for Daft Punk, Rob Zombie, M83, Dhani Harrison’s Thenewno2’s and most recently Maynard from Tool’s new project Puscifer.