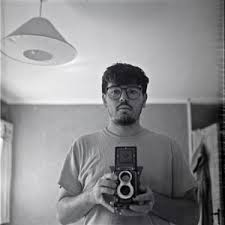 Bibio recorded three live sessions for Silver Wilkinson album tracks ‘You Won’t Remember’, ‘Sycamore Silhouetting’ and ‘Raincoat’. Far from straightforward live footage, these beautifully shot films weave between English scenery and the songs which that scenery informs, and are a rare treat considering the scarcity of a Bibio show (he has never performed live with a band).

“These sessions were recorded in one day as a live trio in my friend’s shed in rural Somerset, south west England. The only parts that were recorded separately were the sax parts on Sycamore Silhouetting and Raincoat. I met my friend Ben (the guy in the striped shirt) at university in 1999. I’ve been visiting him in Somerset ever since. In the early days the shed was literally just a tool shed belonging to his dad (who works in the building trade) it was full of buckets of nuts and bolts, paints, tools, ladders and lots of cobwebs and spiders. In these early days it was cold and pretty crammed in there, lit by a single fluorescent strip light and just a ghetto blaster for entertainment.

Whenever I visit, we spend most of the time listening to music, drinking cider and staying up till the early hours of the morning, occasionally jamming and recording things. Over the years the shed got more well equipped, Ben added a fridge, an electric heater and a hifi. The shed also got stuffed with more music gear over the years, lots of latin percussion and other exotic objects.

The shed is surrounded by fields and woodland in the glorious Quantock Hills, tucked away down a lane from an old rural village with 16th century cottages nearby. I have many fond memories of travelling from London or Wolverhampton to Somerset, usually returning with new musical discoveries. Many parties and bonfires have been had outside the shed under the barn, in all weathers, including snow.

In 2010 the shed got doubled in size and re-insulated, now it is far from the cold dusty toolshed that it once was, now it is more like a chalet. It is better equipped with guitars, amps, synths and a mixer among other things. I thought that the shed would be a great location to get together with my friends and record some live performances of a few songs from my new album ‘Silver WIlkinson’. This is the first time I have ever attempted anything like this”