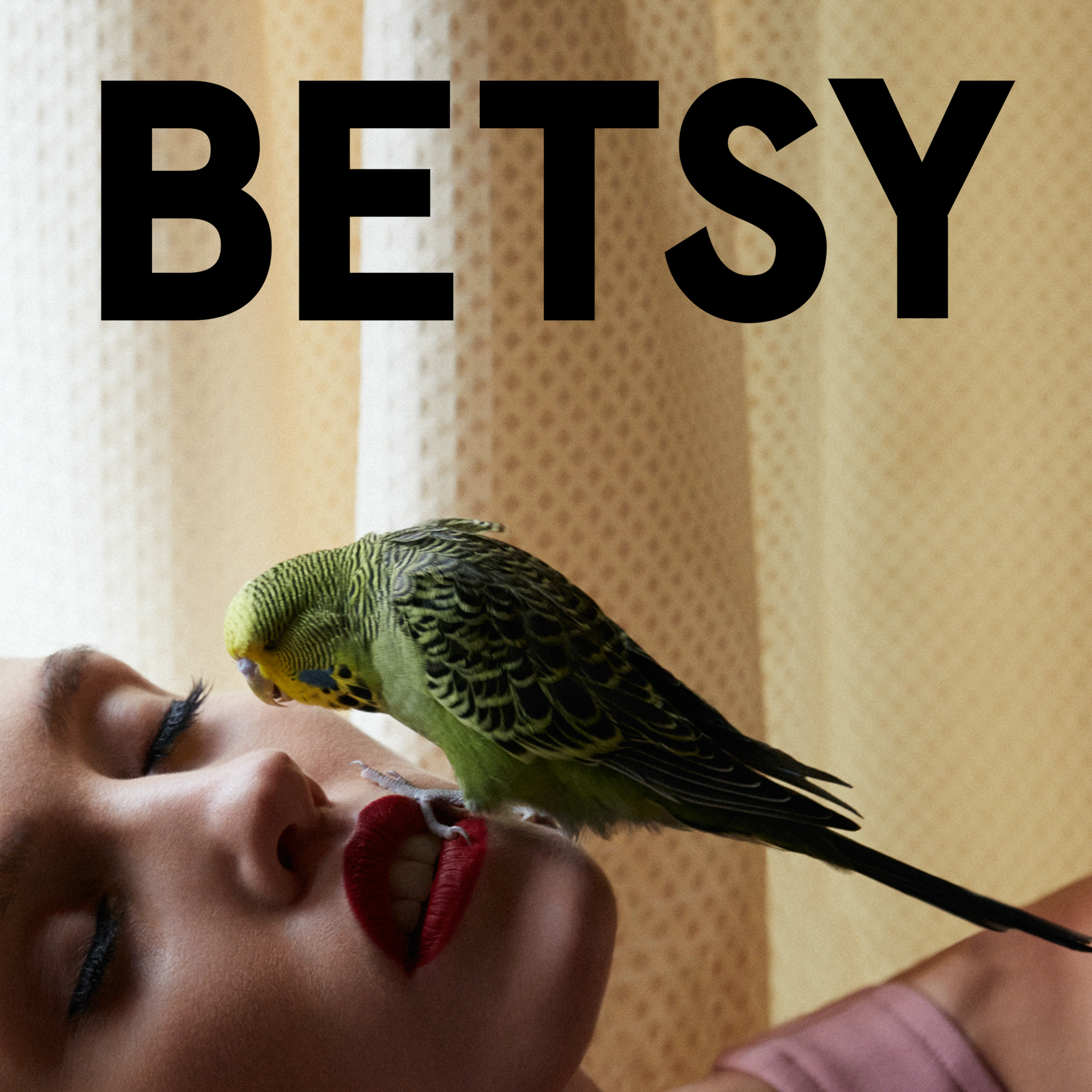 From a goose farm via Paris (and back again), an unconventional path has nonetheless landed Betsy precisely where she wants to be.

After releasing the video for her single “Fair”, Betsy elaborated on the track and video: “I wrote and recorded “Fair” in a state of complete despair during the final throes of a relationship: it’s about wanting to leave, but not being strong enough to. In the video I wanted to reflect the feeling of suffocation and madness I felt at that moment. I’m a big fan of David Lynch, and I remembered the scene in ‘Wild At Heart’ where Lula’s mother loses the plot and covers herself in lipstick. It spoke to me because that was the delirium I was feeling and pretty much the way I was looking, hunched over my keyboard – bar the lipstick.”

From a goose farm in rural Wales, where 24-year-old Betsy was born and raised. From campfire singalongs to her parents’ 70s record collection, Betsy was surrounded by music. But she knew no-one in the industry and so – encouraged by her hard-working family to find a fall-back – moved to London to study fashion design at Central St Martins. One distraction led to another when she was invited to design catwalk for the esteemed Balenciaga in Paris, an intense and exhilarating experience filled with the unusual characters who would spur her songwriting. And as music continued to call to her, Betsy returned to Wales, quitting what many of her peers deemed the job of a lifetime in favour of pursuing her own.

After decamping to a grotty caravan in her brother’s garden (also pictured in the first press shot), Betsy discovered Garageband. Then, there was no stopping her – she furiously set about making music, essentially tasking herself with writing her way out of the caravan. First came a collaboration with Joe Goddard of Hot Chip, who reworked her early solo demo of ‘Endless Love’ into the pair’s collaborative single 18 months ago. Also among the early results was ‘Fair’, musically as inspired by the lush atmospherics of Massive Attack as the tender vocals of Billie Holiday.