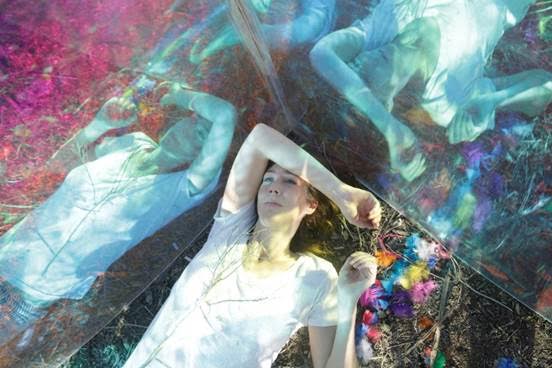 Prior to the release of Beth’s stunning new album ‘Kidsticks’, which is released via ANTI- on May 27th, you can now stream the video for 1973. It was created by acclaimed photographer/director Tierney Gearon, and the song features Twin Shadow on guitar.

“As soon as I saw Tierney’s work I knew she would be perfect for ‘Kidsticks’. I love her use of colour and her layering of images. During the writing of the record I experienced different realities running consecutively. The idea of identity lost and found runs throughout the record. 1973 plays with this idea of memory and reality. There’s a surreal nature to Tierney’s work that I love, as well as her use of the Californian landscape and light. When Tierney and I met we decided to do the album artwork and also shoot footage too. Not in the way of a pop video but more as she might an art piece. The video has been edited together by Deborah Johnson of CandyStations, who works a lot with live projections. We plan to build on all the footage Tierney shot over the course of many meetings and make it a part of the live show. I want there to be a thread that runs through the record visually as it does musically.” Beth Orton

When musicians talk about getting back to their roots, it’s usually an excuse to pull out a battered old acoustic to create some bare bones music. In Beth Orton’s case, going back to her roots meant something very different.

Having relocated to California a couple of years ago, Beth began experimenting with a series of electronic loops that would eventually come together as her career-redefining new album; a record inspired both by the wide-open nature of Los Angeles and the spirit of Beth’s earliest recordings (electronic work with producers like William Orbit, Andrew Weatherall and Kieran Hebden as well as groove-based music with Red Snapper).

‘Kidsticks’ repositions Beth’s unmistakable voice inside ten pure, audacious, playful and kinetic songs. A resolutely focused album, it represents a rare chance to hear an established artist get plugged in and completely rework the songwriting process with wide-eyed, open-minded glee.

‘Kidsticks’ was co-produced by Beth and Andrew Hung from F*ck Buttons. It was recorded with various musician friends of Beth’s in California (including George Lewis Jr. from Twin Shadow on electric guitars, Grizzly Bear’s Chris Taylor on backing vocals and bass guitar and Dustin O’Halloran from A Winged Victory for the Sullen who provided piano and string arrangements). Vocals were recorded by Alain Johannes (Queens of the Stone Age/Mark Lanagan Band) and mixed by David Wrench (Caribou/Hot Chip).

Beth Orton has been one of the most unique and beguiling voices in music for the past two decades. Her debut LP – ‘Trailer Park’ – pioneered a synthesis of electronic and acoustic songs to huge acclaim. The follow up – ‘Central Reservation’ – brought international success and the Brit Award for Best British Female. Further albums like the Jim O’Rourke produced ‘Comfort of Strangers’ and 2012’s ‘Sugaring Season’ deepened the breadth of her craft (Sugaring Season was described by Pitchfork as “ten songs of sweet resilience delivered by a voice of seemingly effortless expression”).