“Best Side” by Effie Liu 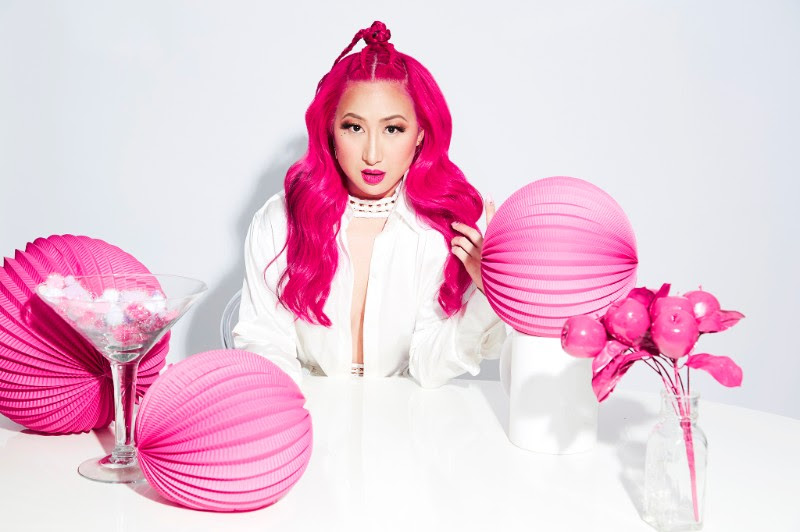 Brooklyn-based singer and songwriter Effie Liu has shared her new track “Best Side.” You can listen to the track here. Effie Liu’s upcoming EP, Magenta Agenda, out is out August 19th.

Growing up wishing that the suburbs of San Francisco were as culturally innovative as they are in technology, Liu decamped to LA to study fashion before landing in New York City. After a year-long stint performing with the 80s pop-inspired indie darlings French Horn Rebellion, she’s making a statement that’s all her own.

The reggae influences woven throughout these seven songs throwback to Liu’s high school obsession with No Doubt and Blondie. A lifelong genre agnostic, she taught herself how to play guitar for her high school punk band after a childhood full of piano and violin lessons. Now, she’s making tough-as-nails alternative pop that’s sure to appeal to fans of Santigold, MØ, and Marina and the Diamonds.

Her songs’ sunny vibes are the product of hard won defiance. After growing up with no Asian-American icons in music to look up to, Liu is setting out to be the artist she wishes she’d had as inspiration in her youth.

“The theme of my new work is recognizing conflict and being a survivor of that,” she describes. “Sometimes that’s as simple as ‘You’re telling me to be something I’m not, so fuck you.'”

“Devil On My Shoulder” brushes off the haters, while “Shakedown” addresses the struggle of overcoming psychological abuse in a relationship. As a perennial outsider in the oft-stifling, decidedly unfashionable Bay Area, her message of individuality is accessible to all, with catchy hooks and moments of gripping vulnerability. “I spent my whole life being told what I have to be and always being made to feel bad about being myself, even when I stood up for it,” she says of standout single “Tears 4 U.” On “El Camino,” Liu lays out her sweet-tooth fantasies for all.