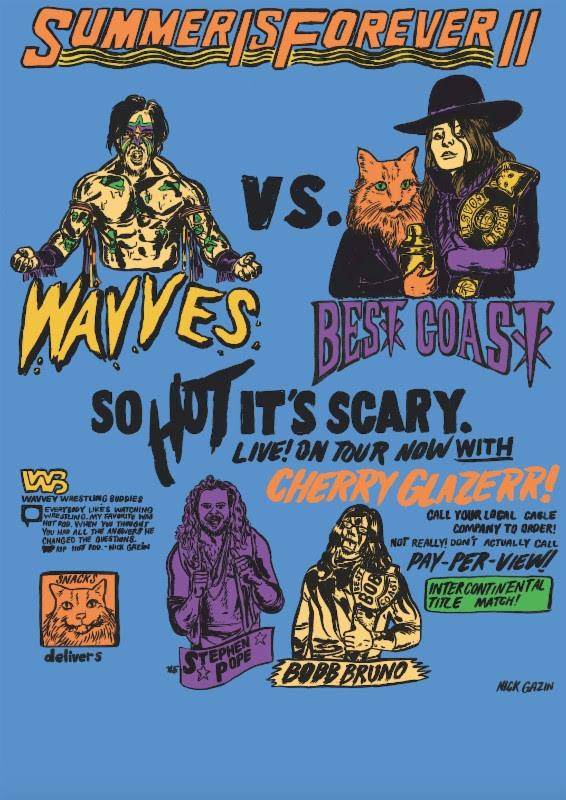 Best Coast and Wavves have announced a co-headline tour this winter called Summer Is Forever II. Touring on the heels of their new records – Best Coast’s California Nights (May, 2015 via Harvest Records) and Wavves’ V (October, 2015 via Warner Bros.) – the two bands have always been closely linked over the years and toured together in 2011 on the first Summer Is Forever tour. They are bringing fellow Los Angeles band Cherry Glazerr along for the ride. This trio of LA talent make up a great triople bill, that ties together Southern California rock from Best Coast and scene kingpins Wavves. They are playing almost exclusively all-ages shows including gigs at Terminal 5 in New York, Stubbs in Austin, and The Fonda in Los Angeles, so count on sweaty, packed out rooms full of energy.