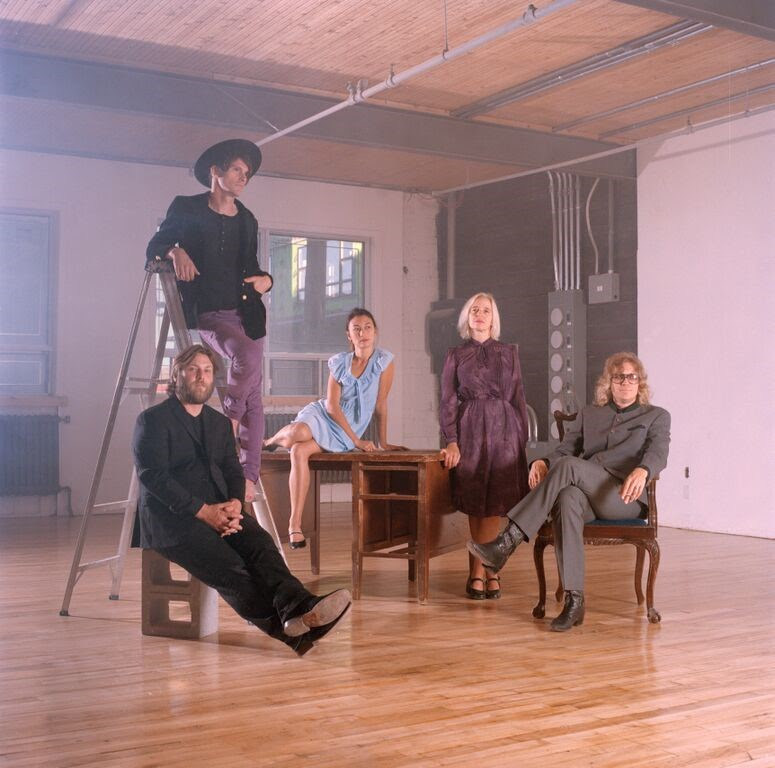 A Coliseum Complex Museum, the new album from The Besnard Lakes, is due out January 22nd on Outside Music. The band already shared the stunning lead single, “Golden Lion,” along with a live video from Pop Montreal where they performed with a 17-piece band. “Golden Lion” was also released as a 12″ EP, accompanied by the fantastic B-side “The Motorway.” Today, The Besnard Lakes are back with another track, “The Plain Moon.”

Fifteen years into their career, with a new line up and a renewed sense of ambition, The Besnard Lakes have created a record that expands upon the luscious vocal harmonies, dense guitar-work and classic 70s melodicism for which they have gained huge critical acclaim.
They’re unafraid to marry textured, questing headphone sonics to the honeyed pleasure of radio hits past: the rapture of My Bloody Valentine entwined with the romance of Fleetwood Mac. Imagine dreamy Beach House riding Led Zeppelin dynamics, with unabashedly androgynous vocal harmonies. The Besnard Lakes are creating a larger narrative about what it means to be a classic rock band with a deep and rich catalogue in the 21st Century.

To celebrate the release of their new album, A Coliseum Complex Museum, The Besnard Lakes will be inviting friends to form a one-off ten-piece band to perform the new album and music spanning their fifteen year career.

1. The Bray Road Beast
2. Golden Lion
3. Pressure of Our Plans
4. Towers Sent Her To Sheets of Sound
5. The Plain Moon
6. Necronomicon
7. Nightingale
8. Tungsten 4: The Refugee