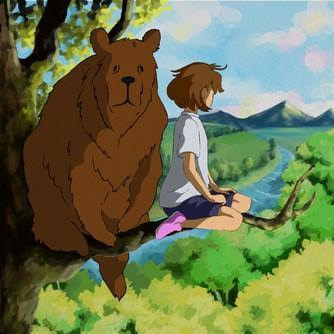 Bernice, AKA: vocalist / songwriter Robin Dann, has shared her new single “Don’t Wanna Be European”. ” written from the perspective of a bear,” says Dann. “Sitting up in a tree somewhere, she sees that she’s about to be shot down, and both wonders why her life can’t be spared, and also tries to accept her fate.”

Written at the Banff Centre while working with Grammy Award-winning producer Shawn Everett (Lucius, Alabama Shakes), Dann elaborates, “I wrote the song after a cub had to be removed from campus the day I arrived. We layered a melodyne’d version of my voice as a man underneath my own and also braided in some very slowed-down Vaporwave tracks from YouTube weather channel videos. I think both help to describe the woozy confusion that the bear feels.”