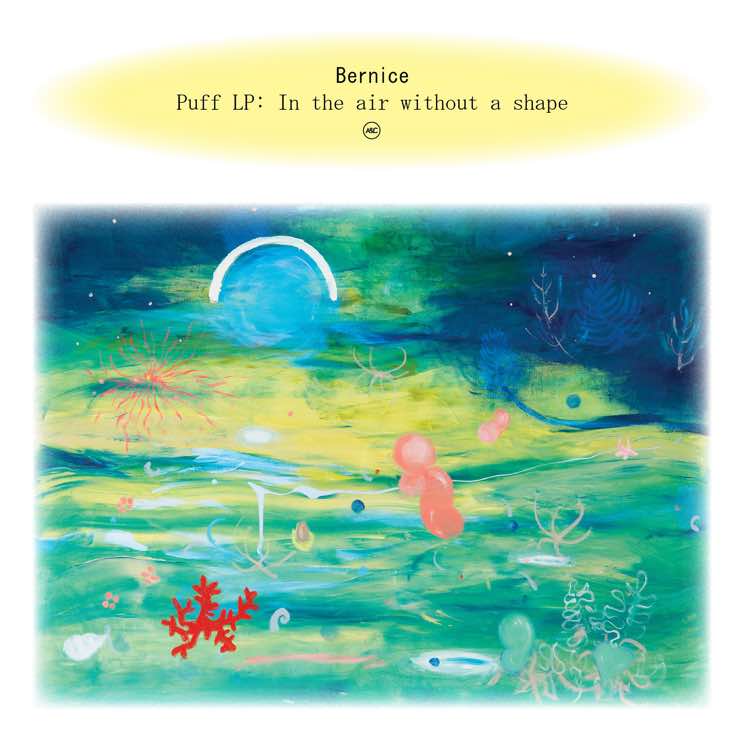 Puff LP: In The Air Without Shape

Through their last several releases Bernice have retooled songs in so many different ways that it’s hard to consider them the same track anymore. On their latest LP they take a more whimsical approach while sinking into strong and warm R&B grooves. Though this latest album will prove a little abrasive at first, there’s so much fearless writing that it’s easy to start finding its strengths.

The awkward riffing of “Glue” opens up Bernice’s Sound to an unusual but exciting swath of noises, as the band never really stop piling on different ideas. As they hit their jazzy landing point, the track gains a nice little bounce of bass as every vocalist comes together in lush harmonies. Bernice even moves from atypical indie right into R&B as the song hits a more electronic and soul-groove heavy finale.

The unpredictable writing takes a soft but somewhat ominous sci-fi tone on “Passenger Plane” with little hints of harmony slowly infecting the song. These moments anchor the song’s human emotion as the surrounding synths and unnatural bass hits keep it rooted in a digital world. Its final release enters a weird mix of glistening harps and cutting hit of electronics that create a balance that makes the song really push itself forward.

“David” kicks out with a heavy R&B hand as the depressed tone clashes against its romanticised notes every few bars. This strange mix of instrumentation and writing keeps the song’s really slow-burning writing going when it could really be too slow for many people. By focusing in on a really powerful set of chords that enhance its heavy story, the song is just as intriguing to follow lyrically as it is musically. That said, it’s really a shame how long Bernice wait to change things up within the song, given how satisfying their vocal bridges are.

Bernice push their listeners with much more abrasive writing on “One Garden” which unfortunately stays a little too stagnant for its own good. While its intense riffs take some time to adjust to, the real issue is how long it takes them to move beyond them. As the song finally hits a stride about halfway through, the distorted bass and angular riffing makes for a track with a spacey and pointed feel.

The more direct bass line of “He’s The Moon” sets Bernice on a more fantastical and narrative direction. As they build melodies around their central riff, it’s truly wondrous to hear them drop in noises and hooks almost like a book on tape. The constantly evolving sounds and free-flowing uses of percussions makes the whole track a constantly zany and fun listen, especially with a set of headphones to highlight all the weird panning within the track.

They take a much more rhythmic approach on “St. Lucia” as rounds of drums and a choir like bounce of vocals keep the song moving. The track plays out like a parade in motion, while underscored by an electronic push that keeps it a little bit futuristic and off-kilter. It’s the beats and groove love in the track however that keeps it going and standing tall in the overall scheme of the record.

The electronic dreamy grooves of “Boat” are surrounded in frantic swirls of noise and a chaotic tick watery vocals. Lyrics like “I can see in 3D” keep listeners as uneasy as the riffs behind them and let the album close out with a little more of a startling energy.