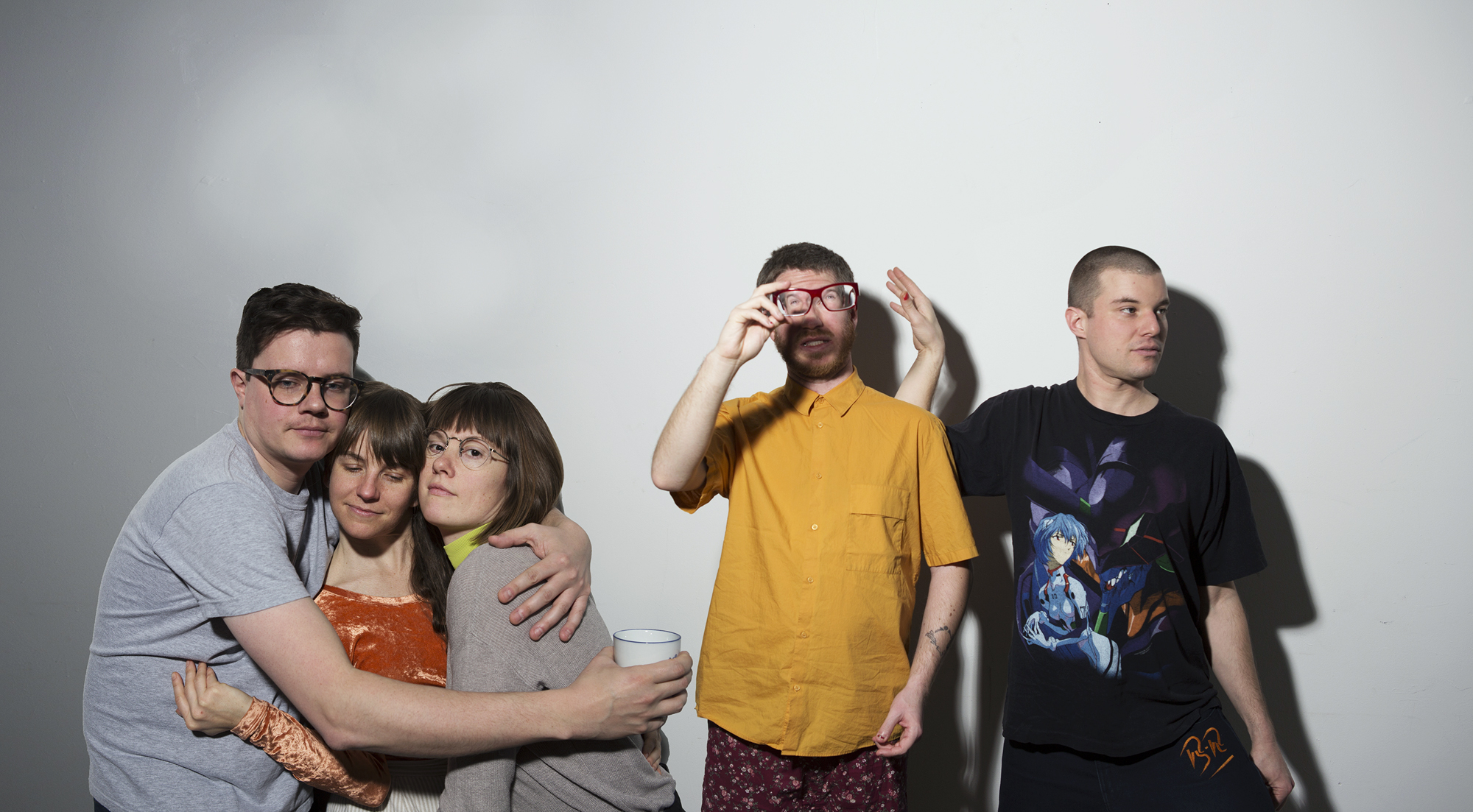 Despite vastly different sounds, Bernice decided to keep the Puff name for both their recent EP and LP, along with a few of the songs. Writing them however was a different ballgame, one which found the band taking advantage of larger studios versus more minimalist approaches. We caught up with Bernice’s Robin Dann ahead of their June 6 release show at the Drake Hotel in Toronto to discuss novel inspirations and reinterpreting songs for different albums.

Northern Transmissions: Coming off of how in your face the Puff EP was why did decide to switch gears for the LP and how was it trying to change the feel of songs like “David” and “St. Lucia”?

Robin Dann (Bernice): We went to a studio in Montreal with a whole pile of songs, and we recorded them live to tape. Most of those versions were expanded and overdubbed into what you hear on the album. But there were a few of those that I felt deserved a bit more, and I didn’t know if we’d explored the whole world of them. We met Shawn Everett and he was around to work with us to make that EP sound come out. We were sitting on a bunch of these recordings because they wouldn’t fit on one release and the sound was totally different. As for the doubling of tracks, I was pretty nervous because I felt like I was breaking the rules. I think they both deserve a listen.

NT: I understand there’s also a story behind your sub-title “In The Air Without Shape”?

RD: There’s this group of books by Italian author Elena Ferrante, and they’re so huge. She was this mysterious author where people didn’t even know who she was. I liked the sound of the sentence and it sat on my desk for a long time. A lot of people suggested we call the LP Puff as well. But I had a feeling that we should call it more than that.

NT: How was it recording “He’s The Moon” at the Banff Centre and what did the space offer you?

RD: It’s like heaven there because you’re in the middle of the mountains, there’s people making your bed every day, your meals are cooked for you, so you feel treated as an artist staying there. It made me want to avoid wasting any of my time there because my day-to-day chores were all taken care of. They have this beautiful studio with a huge grand piano, and a massive space to record in. Working with the resident engineer we tried a lot of different vocal mics, and I would’ve never thought of using a grand piano for the band if it wasn’t for him. It felt really good with that song because it had this spacious feel.

NT: You also had a similarly open experience at Breakglass Studios in Montreal, what about the studio made things easy and welcoming to you?

RD: I respond a lot to my surroundings. I didn’t walk into the recordings with a prescribed schedule or really an idea of how we were doing it. It was nice to walk in and work with what was there. Matt Smith (co-producer/engineer) felt strongly of Breakglass, and recording to tape in a place where we could play live. We had that entry point and didn’t plan too much more than that. The studio has a lot of natural light which made us happy and fed into the songs a lot. A lot of basement studio sessions you have no idea of time and your reaction to that will go into the album.

NT: Many of the songs on the album seem to have this organic kind of build from something simple to slowly veering off the rails, was this a reflection of being able to record together like you did?

RD: I don’t think it was even the studio or an idea we went in with, that’s just what we do. If you see Bernice play live, we do the same thing. The history we have as good friends and trusting each other as musicians gives aus a freedom in the studio. The songs are just a skeleton of this. Every time we play a song people want to generate new music from this.

NT: What inspired you to start your ASMR podcast, how did you feel about it before and what have you learned since starting?

RD: It’s cool because I thought the podcast and my music would be these too very separate parts of my life. Really though they’re two different expressions of sound and how it can help me in my life. I just learned that people are dying for connections and ASMR lets people connect. The fact that it’s happening on YouTube gives it that real human connection even though it’s an internet phenomenon.