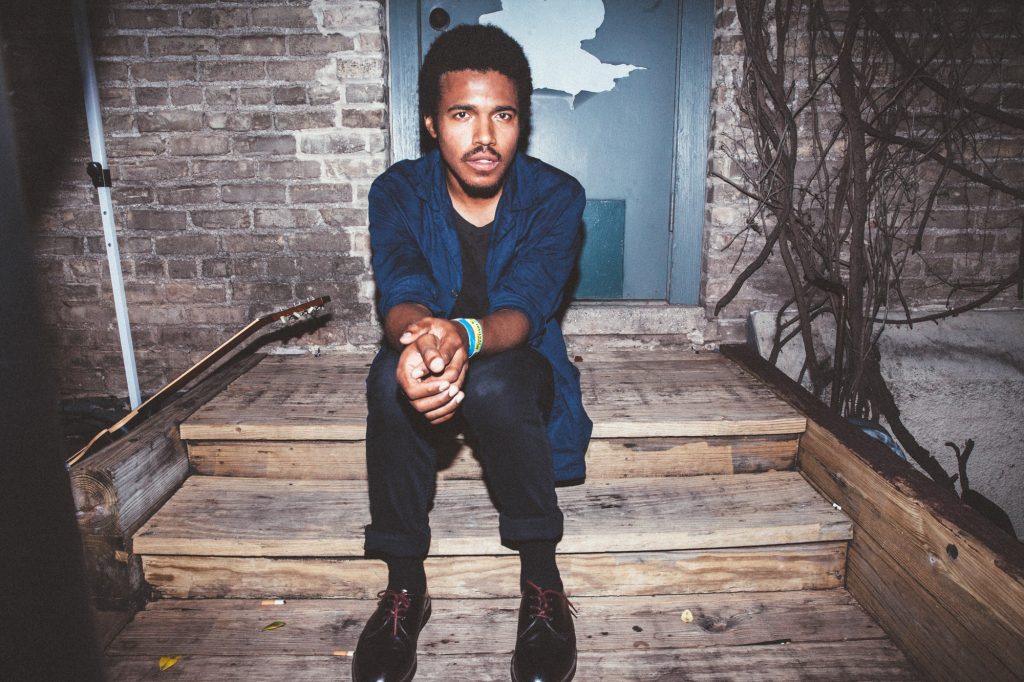 After a more aggressive first album, Benjamin Booker’s latest record might surprise you on first listen. After taking time to settle down in his life and sort things out, Booker’s been able to calm his music and make something more personal and reflective. Taking time away from New Orleans, Booker found his way past some writer’s block on a vacation and brought forth his strong sophomore record Witness. We caught up with Booker to talk about his new record and sound, writer’s block and how he brought his childhood music back into the fold.

Northern Transmissions: Why did you feel you needed to spend time out of New Orleans to get over your writer’s block and make Witness?

Benjamin Booker: I took a month and went to Mexico City, that’s when I was going through the writer’s block. New Orleans was pretty distracting at the time.

NT: Compared to your first record there was less of a hard edge to your sound, what drove you to these warmer tones?

BB: I think partly it was due to what I was listening to at the time, which wasn’t as aggressive. It was also reflective of my personality and what I was going through at the time. I was less angry and wasn’t as confused, I didn’t want to shout in a microphone. I think that I was in a better place and more at peace with myself too, so it was more reflective.

NT: Considering your more evangelical upbringing, how did the punk sounds make their way into your earlier recordings?

BB: In high school, there was this kid Mikey who I just saw again recently. When I started skating he burned me a Minor Threat CD. So I started listening to that, and some friends of mine who were in punk bands invited me to their show and I thought “This is it.” For the next three or four years after that I would go a few times a week to the skate park and they would have a space there where people could play.

NT: What did Sam Cohen bring to the project and what did he get out of you that another producer might not have?

BB: Sam’s definitely a huge part of the sound of the record, a huge part. I’ve grown more as a musician working with him than I ever did in the ten years I was playing on my own. He’s one of those music school people so there was a lot of focus on tone, and dialing things in. When we first started playing it was just me and a drummer, and sometimes you compensate to fill the space with guitar. On this record I knew I would have more people so I left more space and I made an album the was more complex and musical than the first one.

NT: How did ‘White Noise’ by Don DeLilo influence this record?

BB: The book is this absurdist novel, and it breaks apart social constructs and makes you question the reasons you do anything. I was on the plane over to Mexico with the book, and this passage said “What we are reluctant to touch is often the fabric of our salvation.” To that point I had writer’s block but that hit me because I knew had to write about these things that I was reluctant to say. There was ten bullet points in the book and there’s ten songs in the book so that’s how it turned out to be.

NT: Did you find your rapid upswing to success, touring with people like Jack White very early on, too jarring at first?

BB: It was pretty rough and I don’t think I handled it very well at the time. That’s why I took some time off after the last album, I knew I needed a year or two for myself. It’s not a normal life and you lose track of friends. You become basically a pirate. I came back to New Orleans and the whole town felt like a different place, I didn’t know where I fit in. That’s part of the reason I went to Mexico.

NT: How did you balance the more personal sides of this record with the inherently political sides of it?

BB: A couple weeks ago I did a writing session with somebody else and they asked what kind of songs I write. I realized I like to write songs about getting through the day and people, I’m not interested in politics, it’s a person to person thing. I’m more interested in how the politics are affecting us, and not the politicians themselves. That was my approach to talking about those kinds of things. There are tracks here that parallel the political lines, but it’s more about how we deal with it on a personal level. “Witness” is about police brutality but it’s not about the people doing it, it’s about us and deciding how we can take action to make our lives better.

NT: How do you blend in the gospel tones on the record without feeling like your making a religious statement?

BB: When I was younger I didn’t listen to anything but gospel music until I got to high school. Whether I’m religious or not that’s just in my makeup as a writer. I thought about the writers I love and people like James Baldwin, and how they weren’t religious but they could use religious imagery. That was the pallet they were working with, you can only work with what you’ve got. That was something I had to come to track with.