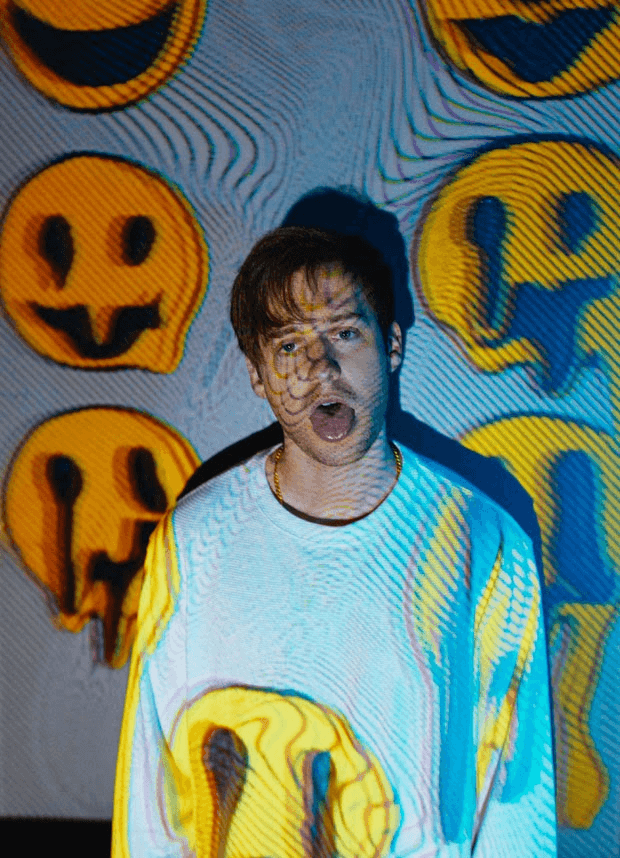 Ben Schuller, wears a few hats, is best known as one-third of the gaming-themed musical group NerdOut – but he’ll be the first to tell you he didn’t set out to build a following of 3.2M YouTube subscribers for writing and performing tunes about nerd culture. As a solo artist, the Nashville singer/songwriter/producer blends lo-fi electronic production with honeyed vocals and probing lyrics about the perils of gen Z. His forthcoming project ‘New Roaring 20’s’ is a concept album that investigates “the unique and often tragic social identity of our generation, while at the same time giving a deeply personal account of my own mental health struggles as an artist in the age of the Internet.”

Today Ben Schuller, has released his new song “Blueberry Diamonds,” a track that sees the album’s central character “consumed by the materialistic and hollow identity that he’s created,” says Schuller. “It’s the first song that sings about another person, a girl that he’s unable to love because he doesn’t love himself.”

Northern Transmissions; Your new single/video “Blueberry Diamonds,” deals with society’s lack of consciousness and materialism. Why did you decide to write about this?

BS: Blueberry Diamonds is set at the point of the album where the main character (myself) sees himself consumed by this materialistic and hollow identity that he’s desperately craved. It’s the first song on the record I’m singing about another person, someone that I’m unable to love because I don’t love myself. While the rest of the songs up till this point have been all centered on what’s going on inside my head, with this chapter I wanted to put the focus on how the people around us are affected. A lot of our social identity is now made up of the way we portray ourselves online, and the relationships we have with each other have dramatically shifted because of it.

NT: Your forthcoming album is entitled New Roaring 20’s. Can you give fans a bit of background on the album, what song are you most proud of?

BS: At its core, the album is about our generation’s relationship with the Internet and social media, and more specifically, my own personal mental health struggles as a musician coming up in this age. The concept for the record started to come about a year ago, when on paper, I was at the peak of my life, but never had been more unhappy. I had achieved so many of the things that I had wanted and worked so hard for, but found myself at this rock bottom moment anyway. My career has been completely created by the Internet, I started coming to this realization that my entire identity and self-worth off was based off of the validation from strangers. Addicted to algorithms and how many likes and follows.. etc.

The lead single “Validation” is one of my favorites, and sets the scene for the whole record. “I don’t want your love, I just want your validation” … We’re stuck in such a mindset where real personal connection has taken a backseat to approval and validation from people behind a screen. In my mind, I didn’t need these people to actual care about me as a person, I just needed them to tell me they liked me, that I was important. How it got to this point, I’m not sure, but the record digs into the emotions that have gone through my head while trying to figure it out.

NT: Does the title of the album reflect a bit of hope?

Not exactly haha. It’s pretty much the opposite. While the “Roaring 20s” of our grandparents’ time is romanticized as this era of excitement and social prosperity, the new 20s has everybody glued to their phones and living through social media.

NT: Any plans to tour behind the album, when we get back to a bit of normalcy?

BS: I had a tour scheduled and ready to announce last March right when everything got shut down, so the first thing that I’ll be looking to do once the world opens again is get on the road! Hopefully it’s sooner rather than later and I can say the New Roaring 20s Tour is coming to city near you soon!