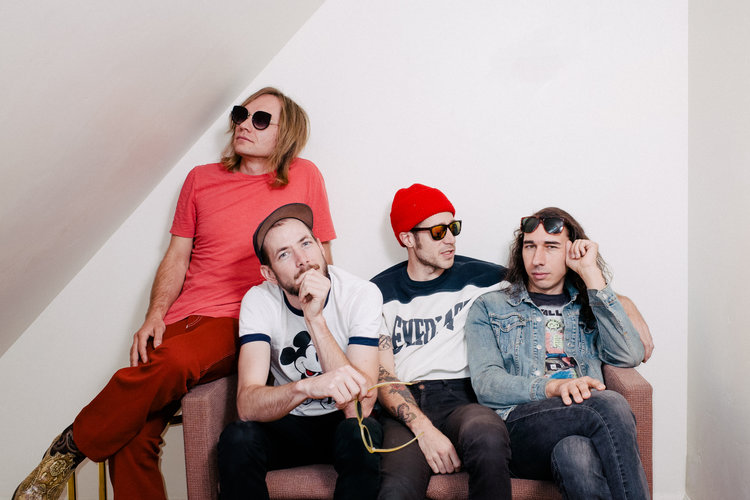 The Beautiful Dudes are Tom Bevitori, Robbie Landsburg, Art Echternacht, and Jonah Wells, born and raised champions of Nevada City, California. Known for it’s folky sweet side, underneath the surface there is an underground scene grinding away for the dream in historic hotels, reclaimed churches and converted warehouses. The dream of making it out of town. The dream of playing shows in the big city. The dream of quitting your day job and releasing a bonafide record. Today, the band are streaming their forthcoming self-titled release, out October 28th, via Portland’s Mamabird Recording Co.

The formula is simple: Guitar, bass, drums, vocals. That’s it. The Dudes want you to feel rad. The debut record is sexy rock n’ roll, have a good time, no built-in message bullshit. After years of writing songs that had no home in the world they were living in, the Dudes found themselves in a garage, at home, creating not simply music but the experience: Real dudes, living real dudes lives, rocking real dude music. Definitely loud. Definitely Californian.The album was engineered, mixed and mastered by Tim Green who has worked with Bratmobile, Circus Lupus, Bikini Kill, Sleater-Kinney, Jawbreaker, Joanna Newsom, The Melvins and a ton more.