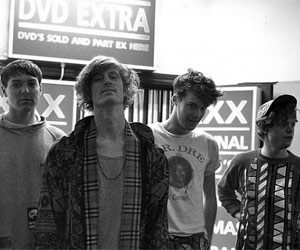 Due out on November 11 “Lekka Freakout” is the first body of work to be released by the band since previous single ‘Seafood’ and marks the journey towards their debut album.

Recorded during the summer of 2013 with esteemed producer Dave Eringa at the helm, Mixed Blessings sees the band strip back their sound, whilst retaining their strong percussive backbone and taking cues from influences, The Beach Boys, Olivia Tremor Control and J.G Ballard.

Remaining as positive as it is progressive “Lekka Freakout” offers up as the perfect introduction to Beaty Heart‘s off kilter, left field alt-pop; intoxicated throughout with a playful naivety.

“Lekka Freakout” is slated for release on November 11 through Nusic Sounds, with the album Mixed Blessing set to be released in March 2014.