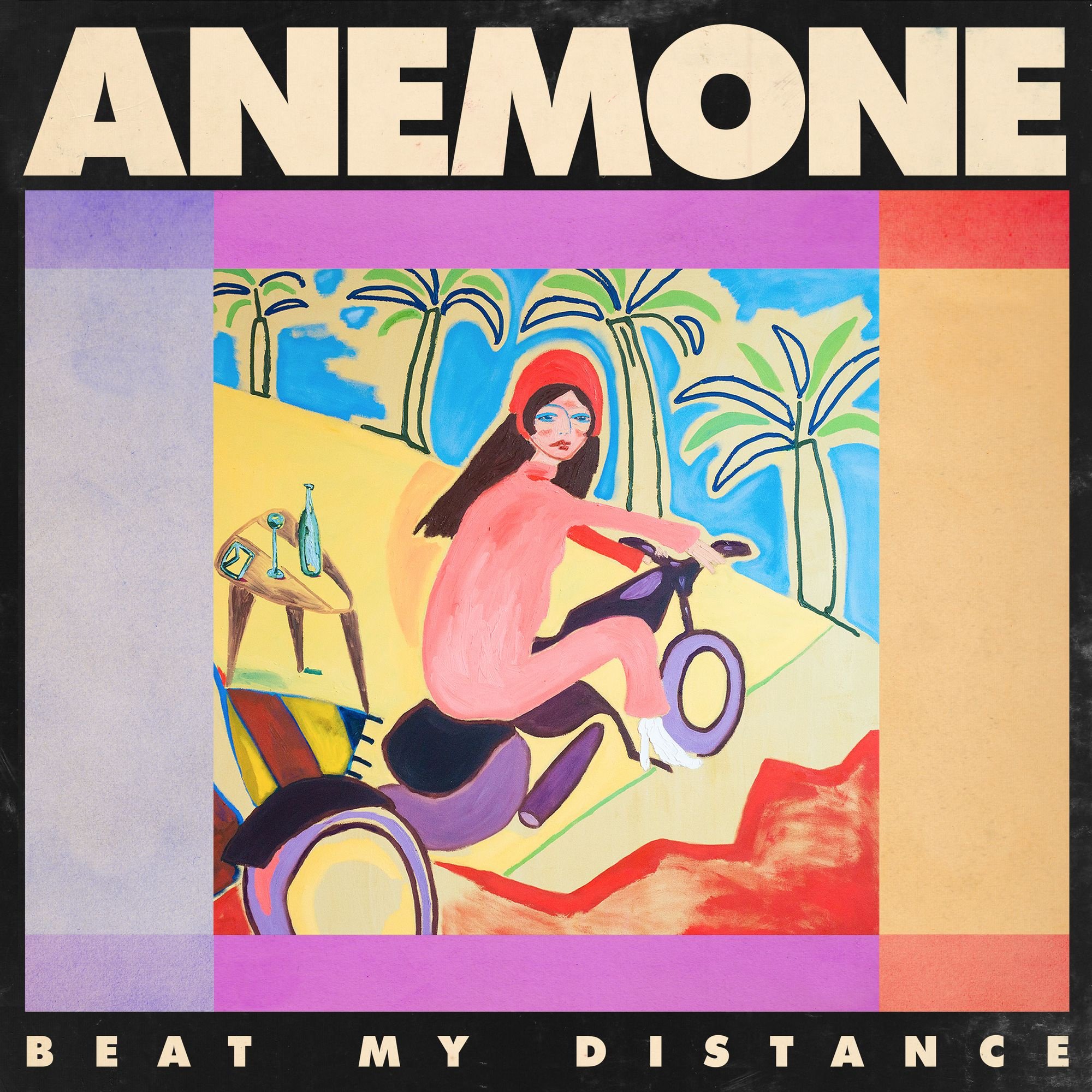 Like all artistic trends, music is cyclical—romanticizing and aping its predecessors, sometimes improving on them. The 60’s psychedelic movement, with its flangers and organs, was all about love and higher states of consciousness, which is exactly what Anemone draw upon in their lovesick debut LP Beat My Distance. The 5- member, Montreal-based band, led by songwriter and vocalist Chloé Soldevila, are coming still hot off of their debut EP, Baby Only You & I from April of 2018, a sun- drenched take on desire. They’ve doubled down on their psychedelic pop-rock sound for Beat My Distance, catchy and ever up-tempo though hiding a darker take on the cyclical nature of love in plain sight.

Anemone’s 60’s influences, like their hearts, are worn on puffy and frilly sleeves. The funky rhythm section sets a quick pace for dreamy phaser/delay heavy guitars to acid-wash their melodies through, all the while driven by a very conspicuous organ evoking the iconic Vox Continental found from, say, the Doors. It’s an always sunny, if heady, elixir of polyrhythms that has a nice depth of sound, though most of the nine tracks tend to stay on the same track. There are nice touches like the plucking synth melody in “Daffodils” that shifts through sounds, and the hints of swooning backing vocals in “Vanilla (Here We Go Again)” and the 50’s Doo-Wop in “Endless Drive”—but note that all of it is evocative of something in the past. It’s nice to hear tricks like the ‘50’s progression’ of organ arpeggios in interlude track “Segue” reimagined in rich, modern production, but it’s tough to separate the Anemone sound from an entire beloved movement. Led by Chloé Soldevila’s hushed vocals, however, there is an undeniable proficiency in their synchronization—Beat My Distance is catchy, plain and simple, and meant to be immediately enjoyable.

Lyrically, Beat My Distance is fairly simple. Soldevila sings of romances and second chances in repeated chants, hoping to imbue plain, sometimes cliché phrases with some elevated meaning. This theme of repeated chances, making or allowing the same mistakes in love persists throughout the album, which takes on a noticeably dark downward progression in the latter half. In an early track, “Memory Lane”, the narrator sounds apologetic: “You’re alone in your head / Do you love me?” Later, the titular line comes up in in the more self-assured “Sunshine (Back to the Start)”: “If you could only try to beat my distance / maybe I could find a new trust”. By “She’s the One” the voice is bitter, combative and jealous, singing to a love lost “you think she’s the one but let me tell you she’s just like the next one.” And by outro “Only You”, we’ve come full circle to the girl “scared of being alive”—“Do you feel like we should be together?” Sonically it’s relentlessly upbeat, but there’s a distinct sadness in the album’s closing ‘na-na-na’s’, contrasting the sitar melody’s suggestion that the narrator has attained a kind of nirvana from the samsara of love.

Anemone’s debut record Beat My Distance is a crisp take on 60’s psychedelic pop-rock that has a fun, catchy sheen. It tends to favor that dreamy, poppy catchiness over further experimentation in the genre, and hides its darker side well under the rays of sunshine. Hopefully in the future a talented group like Anemone can really twist the familiar. Standout tracks are “Daffodils” and “Vanilla (Here We Go Again)”.