It all started with lighting water on fire. Bley (lead vox, guitar), Granata (guitar) and Anthony Marchesi (bass) met in 2011 while performing at the revolutionary anti-fracking concert “Pedal Power NYC,” a show powered by bicycles and “natural ass.” In early 2012, following Bley’s release of her lush and vibrant alt-rock solo EP, the new friends decided to join forces to become Beast Patrol.

Within the same year, the Brooklyn rockers released the EP Fierce & Grateful. After a year of extensive performing and the addition of Jacob Read-Harber on drums last summer, the four-piece has settled in and crafted their second record, EP Unarm Yourself, out June 10, on Space Camp Radio Records. 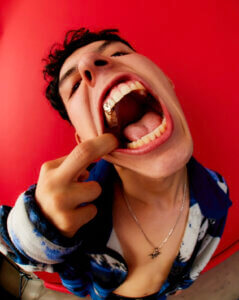