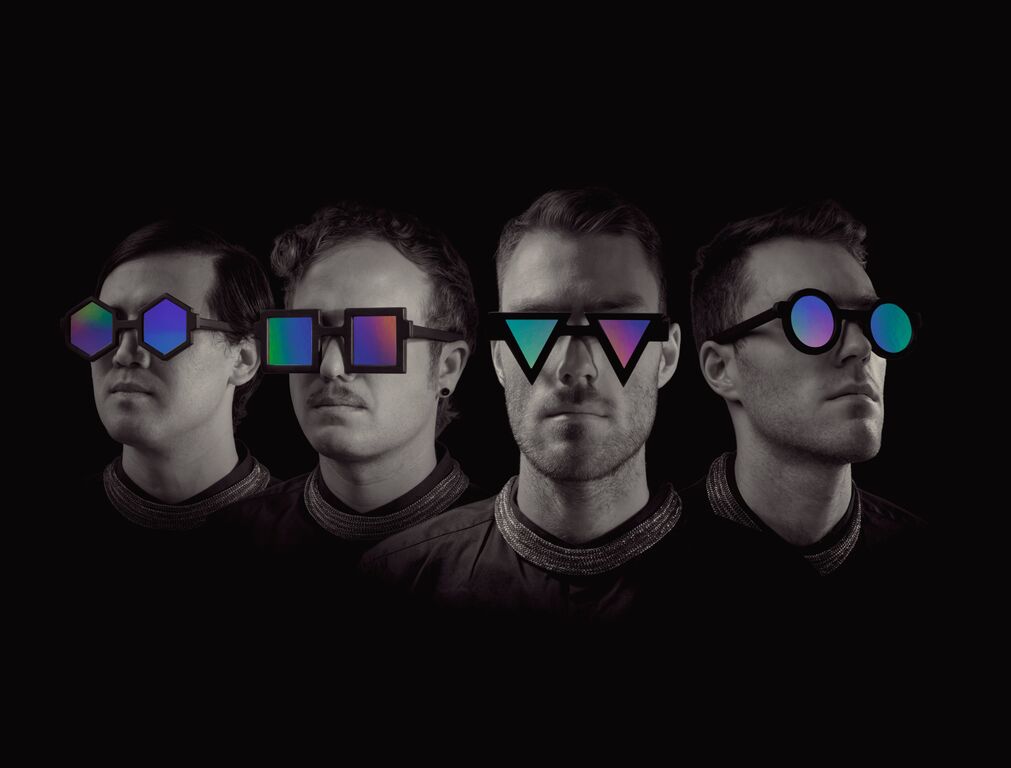 Bear Mountain has released a new song, “Hopeful”, from their forthcoming sophomore album due in early 2016 on Last Gang Records. Hopeful is also streaming and available to share now on SoundCloud and YouTube. The track will be available tomorrow to download on iTunes and stream at Spotify.

As human beings living in the digital age, interconnectivity is at the core of everything we do. Paradoxically, achieving a true sense of connection is often our greatest challenge. For the Vancouver electro-dance band, finding a way to seal the rift that exists between technology and the natural world has become a beacon that guides much of what they do.

Blending live instrumentation with fully immersive visual projections and lighting components, Bear Mountain (who take their name from Jack Kerouac’s 1958 novel The Dharma Bums) far surpass the parameters of a traditional indie band. While their highly rhythmic, vocally driven sound draws heavily upon a shared appreciation of house music and always keeps an ear to the dance floor, their atypical live show has been likened to performance art that seeks to awaken the senses and push the boundaries of the live experience indefinitely.

“This band, our music, Kenji’s artwork, and everything we do is really about unifying that relationship between technology and nature, analogue and digital,” says frontman Ian Bevis. “For us, there is something really stimulating about producing music and for the most part our songs are producer-based tracks. Where things get interesting is on stage when we translate those techniques into the live setting,” adds Kyle Statham. “When we’re up there we’re always rocking things out like a band usually would but we’re also bringing in this visual language and an element of storytelling, which takes shape in real time and in front of the audience.”