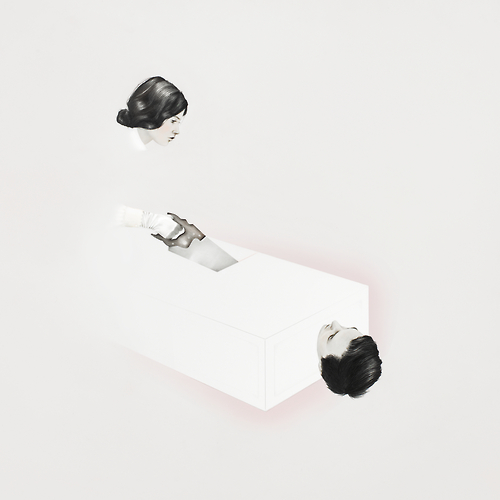 Beacon are back with their debut full-length record, The Ways We Separate, to be released on April 30th, 2013 on Ghostly International.Having previously put out two well-received EPs, No Body and the Ghostly-released For Now, Beacon’s new album deals primarily with the ideas and themes of separation, with the complexity of how we separate from others at the heart of the record.

The first single from the album, “Bring You Back,” can be heard below.

Thomas Mullarney and Jacob Gossett, aka Brooklyn duo Beacon, introduced themselves to the world with the No Body and For Now EPs, both released last year on Ghostly International. The EPs were united by minimalist, R&B-influenced instrumentation, and also by a lyrical theme, with both serving as meditations on the darkness that underpins the most intense of human emotions: love.

The duo’s debut album The Ways We Separate both consolidates and develops these ideas. The album focuses, as the title suggests, on the idea of separation — both within the context of relationships and in a more intimate, psychological sense. As Mullarney explains, “The narrative contained inside The Ways We Separate deals with two kinds of separation: one where two entities grow apart, and the other where we grow apart from ourselves. Over the course of a relationship, the two sometimes happen together, one being the result of the other.”

Desires, passions and regrets are central to the songs on The Ways We Separate, which take a variety of perspectives to construct a nuanced reflection on the album’s central theme. ‘Between the Waves’ draws a clever analogy between relationships and soundwaves falling out of phase: “I know all the ways we separate/ Where we start to fade at different frequencies.” ‘Overseer’ catalogues a parting of the ways with discomfiting clarity: “Isn’t it fine?/ Taking it slow?/ Watching you watch me walk out your door.” And album closer ‘Split in Two’ explores how the extremes of love and loss can take you far away from being the person you thought you were, making explicit the connection between the two ideas of separation: “What I’d do for you?”, sings Thomas Mullarney, “Split myself in half/ Divided into two.”

Having toured with How To Dress Well, Matthew Dear and Gold Panda in 2012, Beacon will play at SXSW this March with additional North American dates to be announced shortly.