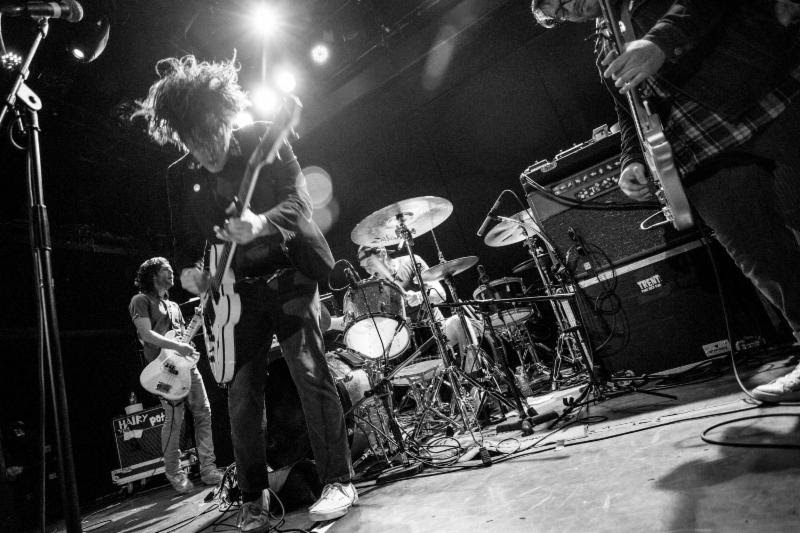 Philadelphia band Beach Slang have announced a string of headlining dates beginning in July that will extend through the summer.  They’ll be making appearances at festivals like Gigawatts in Brooklyn, Pygmalion in Urbana, IL, Riot Fest in Denver and Chicago, and Fest in Gainesville, FL. The tour will follow their time spent this month in a hometown studio, where they will be recording their debut album. Having recently announced their signing to Polyvinyl Records, the band is ready to share new music in anticipation of the forthcoming release due later this year.

The Philadelphia-based act have built their hype the old-fashioned way. Without any gimmicks or marketing teams, which makes sense when you consider that frontman and writer James Alex cut his teeth in the Pennsylvania pop-punk act Weston while drummer JP Flexner and bassist Ed McNulty also play in  projects such as Ex-Friends and Crybaby.