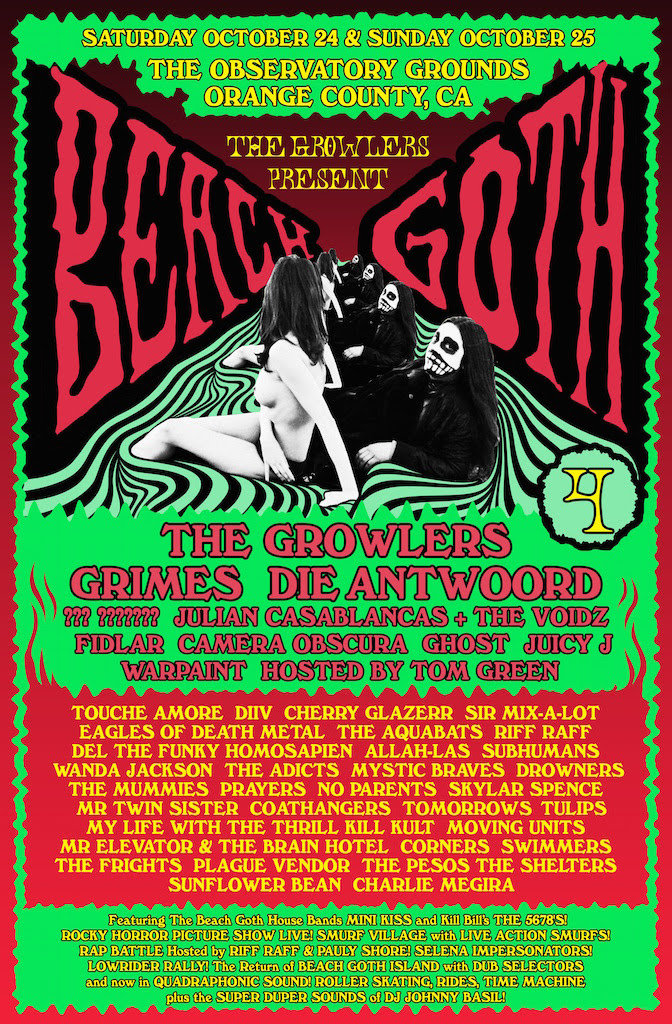 The Growlers have announce the official lineup of the fourth annual Beach Goth festival. Beach Goth 4 will take place on Saturday, October 24 and Sunday, October 25 at the Observatory Grounds in Orange County and will feature performances from Grimes, Die Antwoord, Julian Casablancas + The Voidz, FIDLAR, Camera Obscura, Juicy J, DIIV, Warpaint, Sir Mix-A-Lot and more. The festival will be hosted by Canadian comic Tom Green and will also include a Smurf Village, roller skating, a rap battle hosted by Riff Raff and Pauly Shore and many more attractions.

The Growlers announced the Beach Goth lineup at a secret hometown show last night at the Constellation Room; all proceeds from the show were donated to A Little Help From Their Friends / Drive For 809 N Alvarado House.