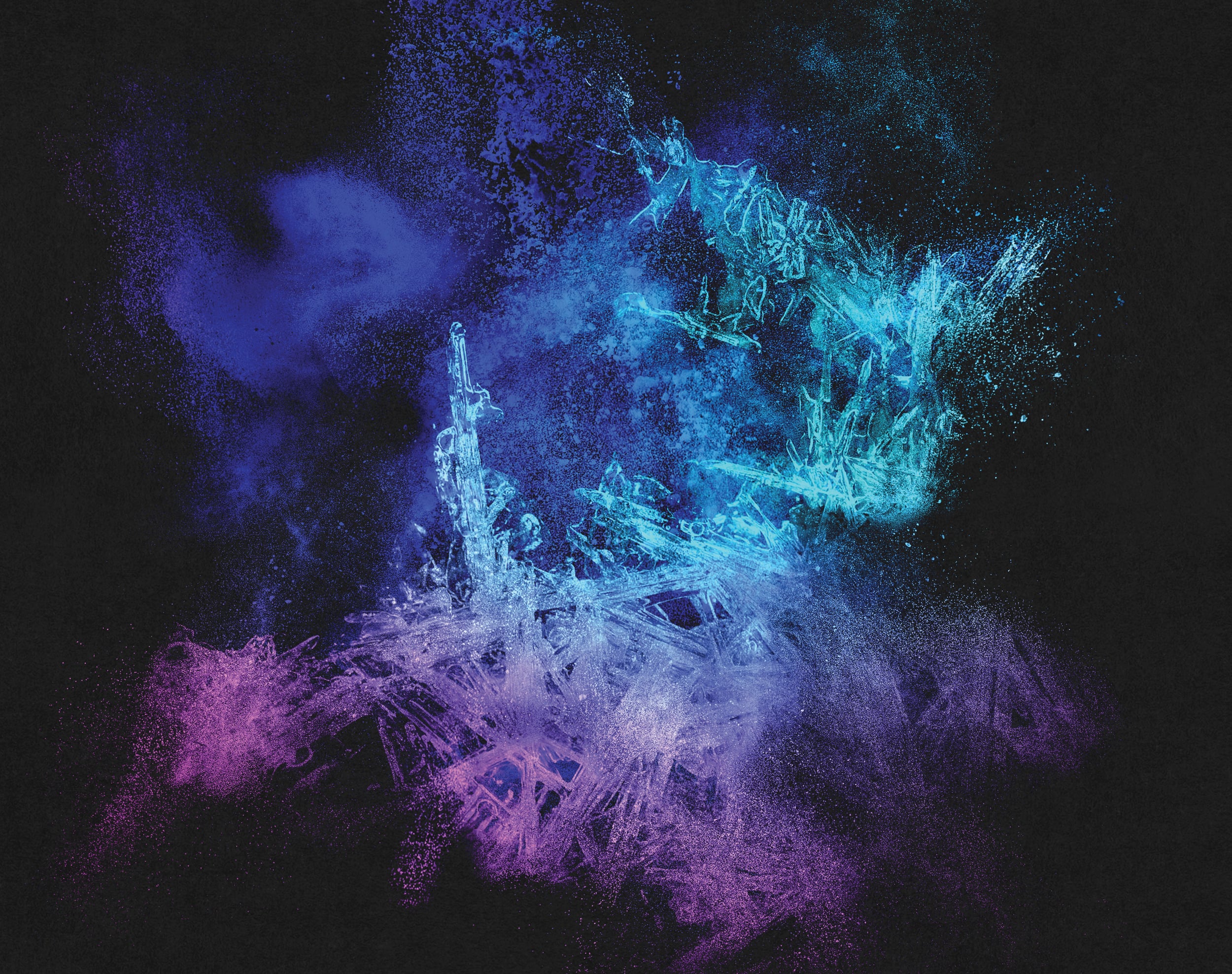 With the release of Bayonne’s debut album Primitives (out March 25th via Mom+Pop) around the corner, the project’s Roger Sellers has shared his new video for “Appeals”.

Roger Sellers is a lot of things. He’s a minimalist composer with a knack for making hypnotic, enveloping songs from a few repeated musical phrases. He’s a musician who is mostly self-taught, having abandoned formal study because it was draining the life from his work. He’s a self-described disciple of Phil Collins. What he is not, however – despite multiple press reports to the contrary – is a DJ.

And it’s a good thing: Primitives, Sellers’ debut as Bayonne, is a rich, complex work, the kind with no clear rock parallel. In its winding, maze-like structures are hints of both Steve Reich and Owen Pallett, each instrument working a single melodic pattern over and over and over, as Sellers threads his soft, reedy voice between them. On songs like “Appeals,” the effect is hypnotic: notes from a piano crash down like spilled marbles from a bucket, as Sellers’ ringing-bell vocals swing back and forth between them. The end result is spellbinding music, meticulously-crafted songs where each tiny piece locks into another, and hundreds of them joined together create a breathtaking whole – like dots in a Seurat, or tiny bones in a dinosaur skeleton.

Sellers’ journey to Bayonne began when he was two years old, situated in front of Eric Clapton Unplugged at his home in TK. “I’d just watch it over and over again,” he laughs. “I would get paint cans and bang on them, trying to imitate what I saw in the video. My parents got me a drum set when I was 6 years old and I became obsessed. I wanted to be Phil Collins for so many years as a child. He was my hero. I feel like you can hear that a lot in Primitives, that big drum sound, because so much of the way I play was learned from Phil Collins.” Though Sellers studied classical piano as a child and music theory in college, rather than developing his skill, he found both to be deadening. “It became homework,” he says. “It made me come home and not want to write. That’s not at all how I’d thought about music — it had always been something fun — almost like a kind of therapy. It was an escape, not a chore.”

Instead, Sellers struck out on his own, buying a looper and slowly amassing a stockpile of tiny melodies. “I found out that I could make these songs really spontaneously and have this really good idea without having to get into the studio to capture it right away. Most of these songs came out of me just fucking around, hooking up keyboards and experimenting.”

You can hear all of that in “Spectrolite”; taut apostrophes of guitar enter first, pinpricks of barely-there sound that blink like Christmas lights. Bone-dry snare enters next, but the guitars keep echoing their same hypnotic phrase; it’s followed by grumbling bass and, finally, Sellers’ airy, high-arcing voice; each piece follows their charted course again and again, but as the song goes on, it gets more engrossing — it gives the effect of slipping slowly into warm water. “That one came from an older loop that I had,” Sellers explains. “It was about a stone that my girlfriend at the time had brought me back from Australia, a spectrolite stone. We had some things happen between us during that time, so that stone meant a lot to me. I had it with me the entire time I made the record. It’s a song about forgiveness, and keeping those people who matter most to you close around you, and caring for those that you love.” In “Waves,” surging piano replicates the sound of the ocean, lapping slowly forward and back. Giant tribal drums enter, filling the blank space, giving the song a soft, calming, see-sawing rhythm. “That’s a song I basically wrote by performing it live,” Sellers says. “That’s one of my favorite songs that I’ve written because of the simplicity of it,” he explains. “You feel like you’re in the ocean or something.” But as the song goes on, it skews darker. “I know that there’s something else, something else, something else,” Sellers sings, “And I know that you’d be there for me.” As the song goes on, the object of his affection drifts away, like a boat toward the skyline. Like all of Sellers’s songs, it centers carefully constructed music around the soft, glowing core of the human heart.

“That’s all of it — emotion,” Sellers says. “I want the music to carry people in some way, and I want them to feel what I’m feeling. I want my music to be an emotive expression.” On Primitives, Sellers creates music that’s nuanced, layered, complicated and soothing — easy to get lost in, impossible to ignore.