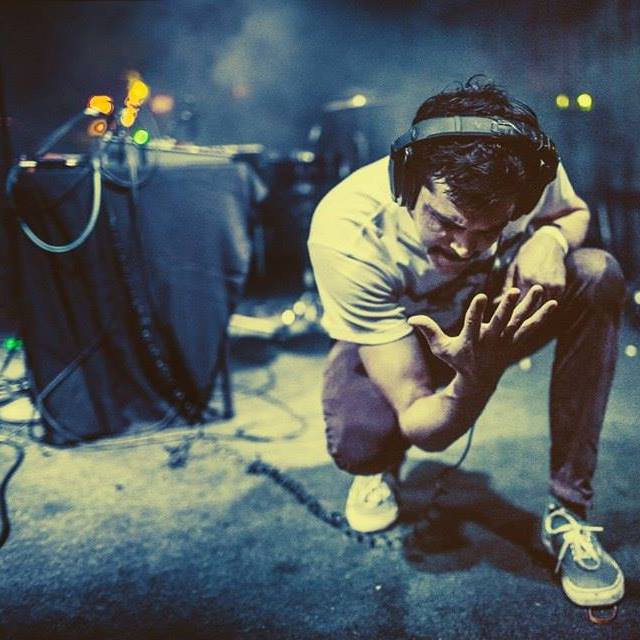 Roger Sellers is a lot of things. He’s a minimalist composer with a knack for making hypnotic, enveloping songs from a few repeated musical phrases. He’s a self-taught musician, having abandoned formal study because it was draining the life from his work. He’s a self-described disciple of Phil Collins.

“I started developing a decent following in Austin,” he says, “but most of the time when I would play, the press would say something like ‘Local DJ Roger Sellers,’ or ‘Roger Sellers is playing a late-night DJ set.’ I think it was maybe because my live set involves a table full of gear, a drum set and headphones, but the average person probably knows more about DJing than I do.'” To combat the misunderstanding, Sellers printed up stickers reading, “Roger Sellers is Not a DJ,” and eventually adopted the alias Bayonne, changing his name without altering his approach. Bayonne will release his debut album early next year on Mom+Pop Music

Sellers’ journey to Bayonne began when he was two years old, situated in front of Eric Clapton Unplugged at his home in TK. “I’d just watch it over and over again,” he laughs. “I would get paint cans and bang on them, trying to imitate what I saw in the video. My parents got me a drum set when I was 6 years old and I became obsessed. I wanted to be Phil Collins for so many years as a child. He was my hero. I feel like you can hear that a lot in my music, that big drum sound, because so much of the way I play was learned from Phil Collins.” Though Sellers studied classical piano as a child and music theory in college, rather than developing his skill, he found both to be deadening. “It became homework,” he says. “It made me come home and not want to write. That’s not at all how I’d thought about music — it had always been something fun — almost like a kind of therapy. It was an escape, not a chore.”