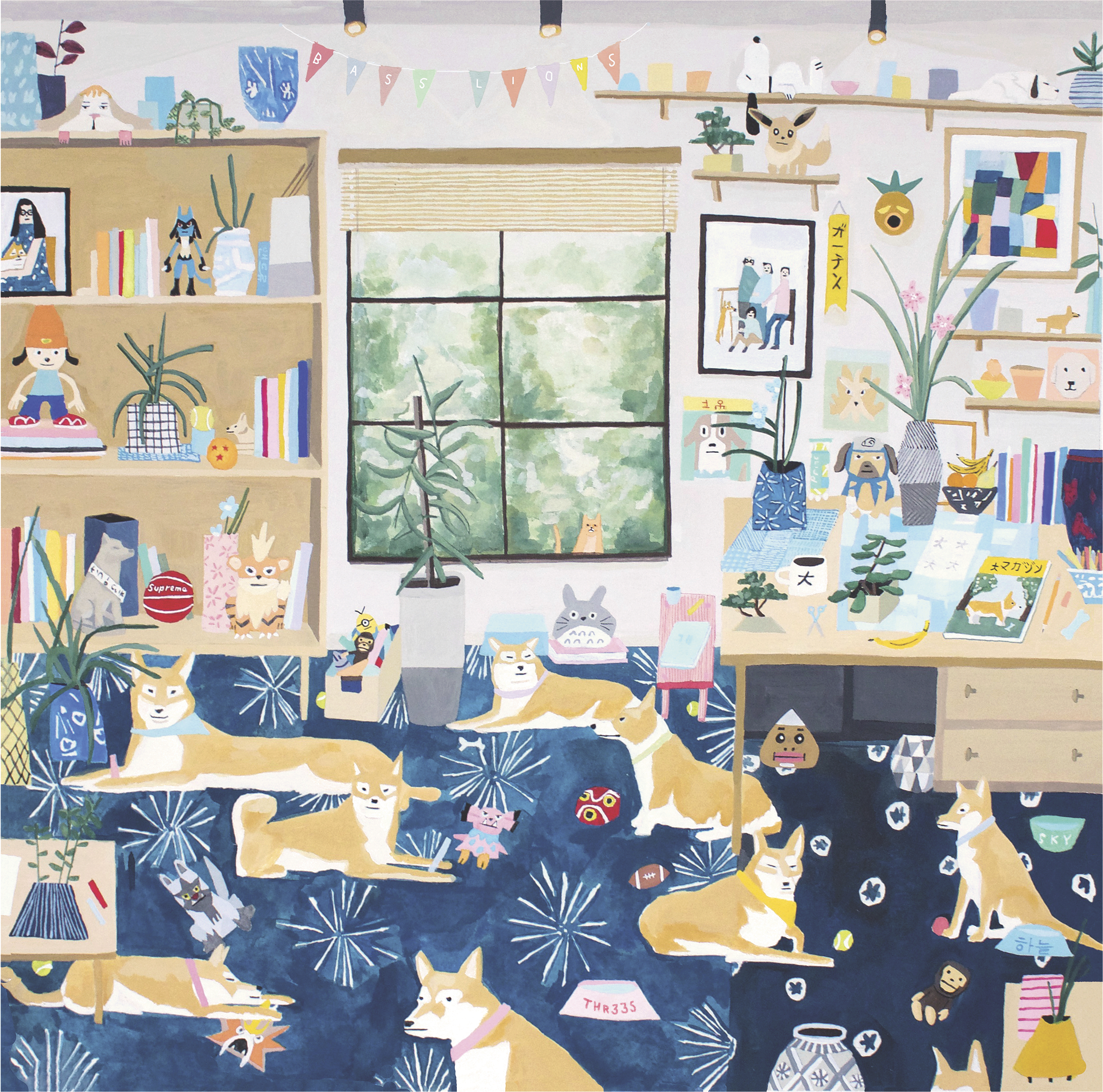 On April 21st, 2017 Bass Lions will release an EP of modern adaptations of classical music by Bach and Holst – plus a collaborative arrangement of “Dynamite Quartz” – with members and associates of the KW Symphony Orchestra. “Threes” was produced by Ian Smith (The Miniatures, Spirits) and recorded at Escarpment Sound. We are pleased to premiere the ‘Threes’ EP a day before release here at Northern Transmissions. You can listen to the EP in its entirety below.

Bass Lions worked together with Dave Mansell (Wilfrid Laurier Faculty of Music), and members & associates of the KW Symphony Orchestra to arrange and perform classical music at Maxwell’s Music and Events in the spring of 2015. Mansell arranged for the collaborative project to take place as part of his thesis work towards a Masters of Community Music at Wilfrid Laurier University, and brought together musicians representing both classical and indie-rock musical backgrounds. Bass Lions also worked alongside a string section to arrange and perform original versions of classical compositions by Holst (Jupiter) and Bach (Prelude 1) to a curious crowd of over 300 people. Emphasis was placed on genre experimentation – musicians were given few working rules but tight timelines for arrangement and rehearsal.

“Threes” represents and rare opportunity for classically trained musicians to work with independent “rock” musicians to create and record hybrid arrangements of classical music and contribute to original composition.This project expands on the inventive, cross-genre process members of the community of musicians in Waterloo Region have been developing. Collaboration between symphonic and “rock” musicians has already resulted in formative and enlightening workshops featuring a wide range of formally and informally trained professional and semi-professional musicians, and a well-received concert of original arrangements of classical music performed in a modern venue for a discerning, and enthusiastic audience.

We had a chance to speak with the band and ask them a few questions about the making of the their new EP, and how they went about incorporating the classical elements heard throughout into their own sound.

Northern Transmissions: What was inspiration and circumstances that brought you to work with the KW Symphony Orchestra?

Bass Lions: We had been involved in some “hand-shake” workshops over the past couple of years with members of the KW Symphony. Bass Lions helped to represented the “rock” element, along with other KW musicians. We were exploring our musical differences and similarities, building camaraderie, and learning a little bit about what made each other tick. They were fun and loose and each time we would make a stab at at arranging and playing some music together.
Dave Mansell (Wilfrid Laurier University Faculty of Music) – who had helped to arrange these workshops – took it to the next level when completing his Masters in Community Music. He asked us to arrange some classical music with symphony players and play it live. He put emphasis on experimentation and genre-blending and encouraged us to come up with about fifteen minutes of music to perform. We had three practices to do this in – so the timeline was tight, but other than that there were very few rules or guidelines.

NT: What were the highlights?

BL: There was real chemistry right away with the symphony players. That’s not a given – and was pretty unlikely seeing as we didn’t choose each other: the symphony players were assigned to us. In the musical world we come from, you get to choose your band-mates. Lots of credit goes to the classical musicians here; they don’t get to chose who they play with with the same kind of impunity and regularity that we enjoy – and have obviously built some serious skills in this way. They were game to work with us – we felt like they were up for anything – and accepted us as professionals. There were gaps in our ability to communicate, but someone always found a way to bridge the gap. It was very collaborative, we learned some new vocabulary, and made some up along the way that worked for us. We made good music quickly, played it live and felt great about it! After the concert, we took a breath and realized that we had something we could build on. It was a pleasant surprise.

NT: Was it difficult to incorporate the classical elements into the Bass Lions sound?

BL: We used this opportunity to do everything differently. It was a very conscious decision to stretch out a bit. We used a different studio, recorded live off the floor, worked with a new producer, and made largely instrumental music – including adaptations of music outside of the genre we generally play within. Our last record was made over a couple of years in apartments and basements; “Threes” was made in one daywith almost zero overdubs in a big bright studio out in the country. That being said, it sounds like a Bass Lions record. No doubt about it. Even the songs without vocals. So even though we were playing Bach and Holst with classically trained players, the Bass Lions sound is very present. I’m not sure we could have removed it if we tried. We did choose songs that resonated with us – the beginning of Holst’s Jupiter was especially exciting. It’s a very frenetic, rhythmic portion of the song, and we could see ourselves in it a little bit and thought that the techniques and forms we have been experimenting with in Bass Lions could be adapted to serve that song. The Bach piece was more of a challenge emotionally – less so technically. Prelude 1 – we thought – demanded a dramatic arrangement. Normally we would use the vocal as a vessel for the emotional content of a song, so in the absence of this option, all of the players dug deep and turned in performances filled with character and heart. Our arrangement stays true to the emotional content of the original – as we see it – while still sounding fresh and new.

NT: Was there a balancing between the rock/pop & classical instrumentation? Or did you let that happen naturally?

BL: There was lots of discussion about instrumentation, but even more about song structure. We knew that we didn’t want to turn in anything gimmicky or under-cooked, and figured the best way to do that was to build strong songs where we played with and off of each other to create movement and allow the songs to evolve. So we looked at all of the individual instrumentation through that lens: “how can we make complex music together and move it forward in cohesive chunks?” We knew we didn’t want to make a record with a bunch of noodling or jamming to classical themes – we wanted to build specific structures to hang the music on. We rehearsed for the studio a bit differently than we did for live performance, tightening up arrangements and spending extra time listening to each other’s parts and ideas and allowing them to influence one another.

NT: Do you foresee this record influencing your music in the future?

BL: We would like to make more music with classically trained musicians. And it would be fun to perform these songs with larger orchestration – really delve into the dynamics a full symphony orchestra can bring to the table. Somewhere in the distance, I can see a collaboration with classically trained musicians to compose original music. That seems like the logical next step – albeit a very big one. I think we have laid the foundation for that kind of work though. We have built and will continue to build relationship across the genre divide, and hopefully we can surprise ourselves with musical discoveries that neither party would have been able to make on their own.