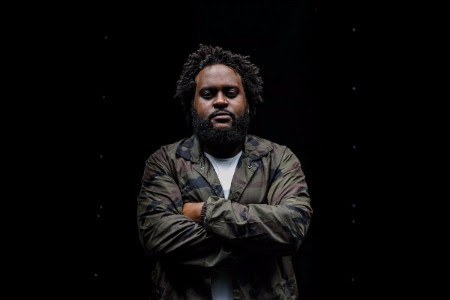 Bas announces today that he will hit the road for a summer North American headlining tour that kicks off on June 3rd in Miami, FL. The musicians joining Bas on tour will be label mate and South Central rapper Cozz, Atlanta rap duo Earthgang, London duo The Hics and also Ron Gilmore; the producer/musician/J. Cole collaborator responsible for much of the last Bas album on the production side. Tickets are on sale now via http://dreamville.com/events

The New York-based musician is touring in support of his second album Too High to Riot, which was released in March on Dreamville / Interscope Records. Recorded in London, Los Angeles, and New York, Too High To Riot features guests J. Cole, Cozz, The Hics and KQuick and production by Ron Gilmore, Cedric Brown, Ogee Handz + DikC, Soundwavve, KQuick, Cam O’bi, Subdaio, and The Hics. Since its release, Too High To Riot, has accumulated over 40 million streams.

The son of Sudanese parents, Bas (born Abbas Hamad) was raised in Paris until the age of eight, when his family moved to Jamaica, Queens. He began rapping on a lark in 2010 and eventually linked up with J. Cole, who served as a mentor and brought him out on tour. Since 2010 Bas has released two full length projects, started a creative collective and clothing brand and performed in over 75+ cities.