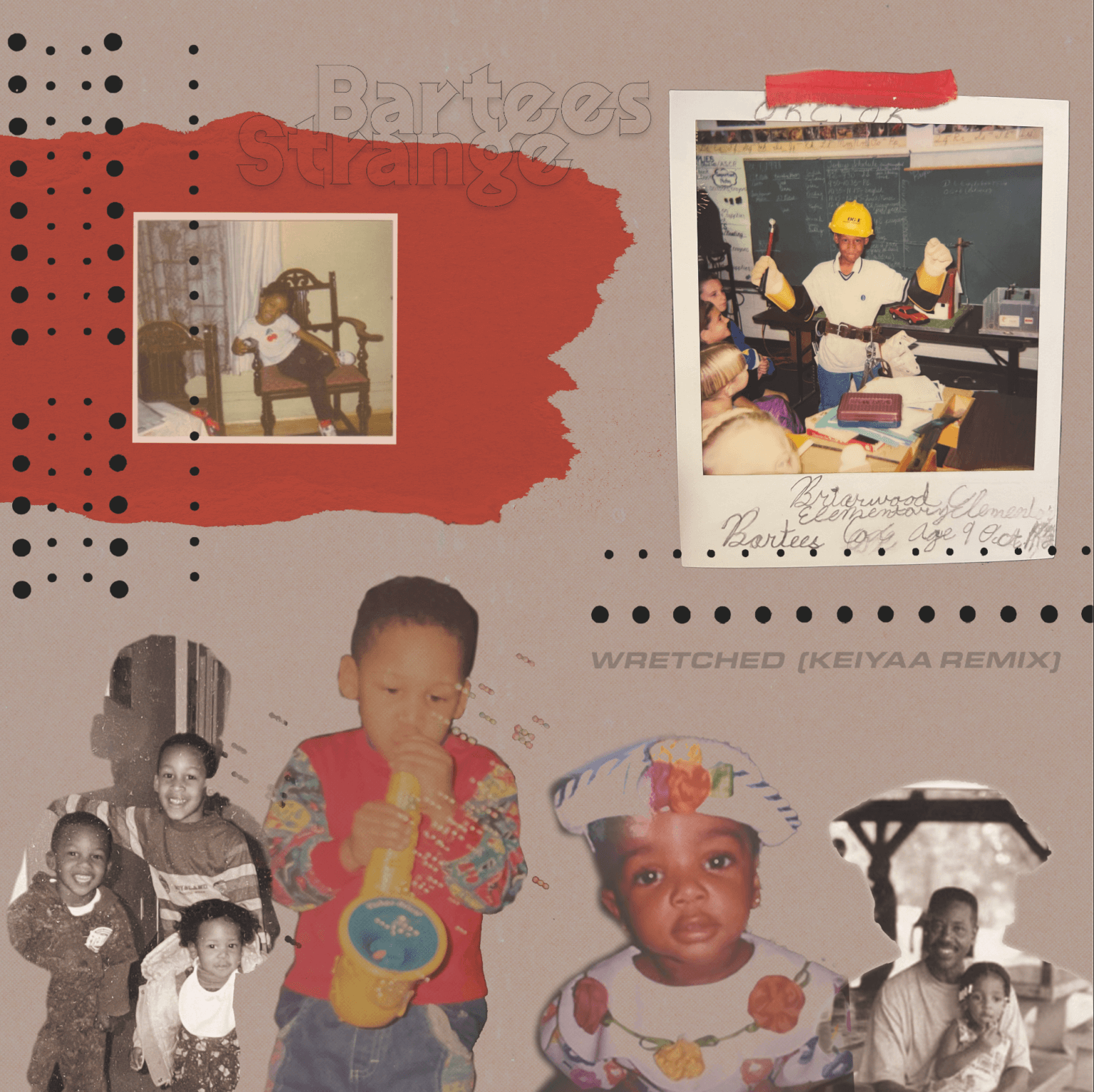 "Wretched" by Bartees Strange has been remixed By KeiyaA. The soulful take of the original, is now available via 4AD and DSPs
Share on TwitterShare on PinterestShare on PocketShare on RedditShare on FacebookShare on Email

Bartees Strange has dropped a new remix from his latest album Farm to Table, with KeiyaA’s soulful interpretation of “Wretched”. The remix arrives in the midst of his headlining North American tour that sees him play shows across North America with support from Pom Pom Squad, Spring Silver, and They Hate Change. Full routing below and you can purchase tickets here. The headlining slots follow his run with The National, Metric, Car Seat Headrest, and Phoebe Bridgers earlier this year.

Released digitally earlier this year, Farm to Table is the second album from Washington D.C. resident Bartees Leon Cox Jr. Where his 2020 debut record Live Forever introduced the experiences and places that shaped Bartees (Flagey Brussels, Mustang Oklahoma), Farm to Table zeros in on the people—specifically his family—and those closest to him on his journey so far. With his career firmly on the ascent, Farm to Table examines Bartees’ constantly shapeshifting relationship with life post-Live Forever. It also speaks to a deeper lore that says, don’t forget where you came from, and this album is why. Always remembering where he came from, across 10 songs Bartees is celebrating the past, moving towards the future and fully appreciating the present.