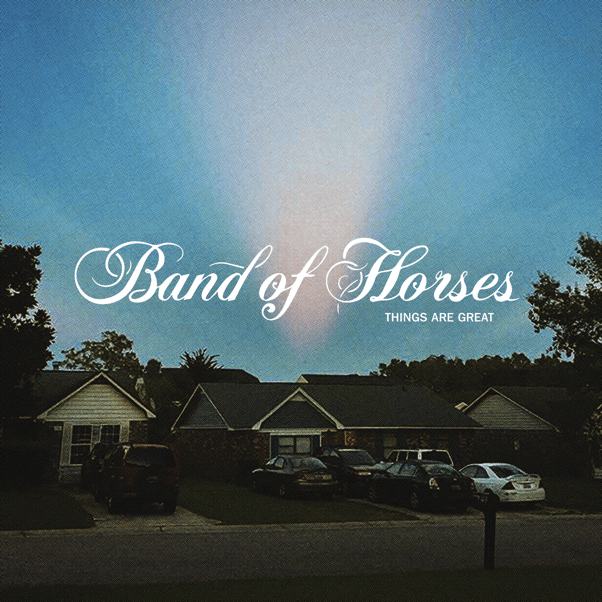 Band of Horses announce that they will be shifting the 2022 release date for their forthcoming album, Things Are Great, to March 4 via BMG. Fear not, the band are sharing a new video, to keep fans happy, till release date.

Band founder Ben Bridwell explains the move was due to unavoidable vinyl delays which meant the vinyl wouldn’t be ready for fans upon release. Bridwell says, “What a year, hell, what an almost two years?! I hope everyone is safe and as mentally whole as possible. We were so excited to put our record out on January 21 this year, but given the current supply chain issues, we had to shift it about a month later so we could make vinyl. Our new release date is March 4! For anyone who pre-ordered the vinyl, we promise it is coming, and we really appreciate you. It was important for us to make sure our fans could listen to our music in whatever format they like. On par with the times, and life, gotta just roll with the punches. In the whole scheme of things, a tiny bump in the road and we just love you.”

In other news, the band have shared the surreal video for “In Need of Repair”, the latest song to be revealed from the forthcoming record Things Are Great. Tinged with dark humor, the video was directed by Easy Pete’s, who are the visual creative team, alongside the band, behind this album campaign. Zach Tavel of Easy Pete’s says, “As soon as I heard ‘In Need Of Repair’ I knew I wanted to do a video for this song. It’s got that big sweeping chorus and the sort of lyrics that really lend themselves to a powerful and emotionally striking music video. But I thought it would be more fun to do the opposite of that by bringing In Need Of Repair’s central metaphor to life with a tongue-in-cheek, surface-level interpretation of what the song is talking about: a series of people who physically repair themselves in order to fix specific problems and suffer ill consequences as a result, because, as the song says, ‘it’s not enough’. I also wanted to make sure this video felt tied to the design identity Cody Ackors had created for the Things Are Great album cycle, which felt equally wrapped in a sense of playfulness and nostalgia, so we shot on 16mm film to ground it within the visual world of this record release.”

pre-order Things Are Great by Band Of Horses HERE