“Nodding their heads towards the likes of The Cramps and Ty Segall, the Brighton act’s output is snarling and unhinged. With the release of debut EP ‘Ego Killer’, the band display their penchant for crafting fuzzed-out, mind melting garage rock”. The band have already supported King Gizzard & The Lizard Wizard, Night Beats, and Boogarins.

Combined with with paranoia and charged with nervous energy, Ego Killer is a haywire breakdown. The four track EP is the sound of fear and confusion. However, despite the darker underwaters of their sound, the band retain a scathing sense of humour within their lyricism. Frontman Charlie McConnochie’s unique undulating vocal style sounds deranged as he delivers lines such as “Everyone says remember that you’re human/But you know that it’s far from true”.

Penned in the musty darkness of their flat overlooking a cemetery and recorded by Margo Broom (Fat White Family, Telegram), Ego Killer fixes Strange Cages position within the Brighton scene of black lacquered psych.
On the EP, Charlie McConnochie states “Ego Killer is the sound of driving back in time through a space desert. For its full affect, I strongly suggest you play the EP whilst indulging in this activity”. 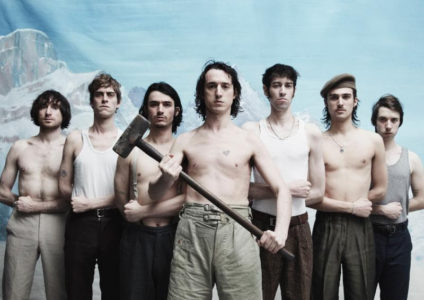 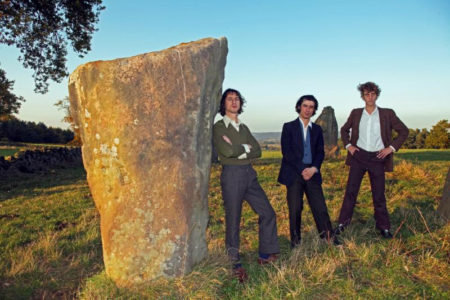