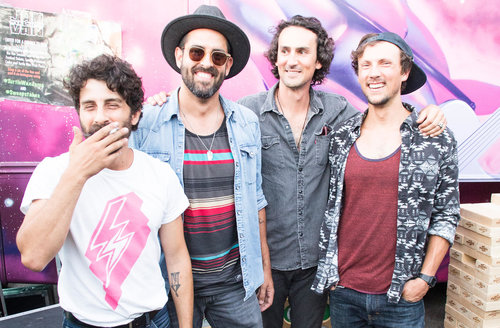 Balto "Black Snake, Mojave Blues"
Share on TwitterShare on PinterestShare on PocketShare on RedditShare on FacebookShare on Email

Los Angeles band Balto’s music is described as a “boozy, swaggering style of American music rooted at the intersection of Motown, Big Star, Plastic Ono Band-era Lennon, and Jackson Browne.” Their interactive live performances have drawn comparisons to fiery indie rockers My Morning Jacket and Wilco. Balto, do not disappoint, with their new single “Black Snake Mojave Blues”, fans of the forementioned bands, will become fans of Balto and the single. The band play their next show on November 28th in Los Angeles.

At recent shows, we’ve been introducing Black Snake, Mojave Blues very simply – “This is a song about the mistake of moving to Los Angeles.” We relocated to LA earlier this year. Large swaths of this city really do feel like a cautionary tale – inconceivably vast suburbs filled with dead-eyed drones and fame-chasers long past their primes, the shriveled remnants of the hair metal scene, the auction-houses of what passes for culture…

I was nearing the end of an exhausting 5-week solo tour in Europe, driving alone towards Vienna when the words to this song started coming. I started muttering the lines to myself and had to pull off at a rest stop to scratch them out. The song was supposed to be slow and sad – ghoulish images of meth zombies stalking beneath sinister palm trees, visible heat rising off the asphalt. But I’d left my guitar in Open G and later, while knocking around a blues form, the song took shape a different way – the slide up to the one chord felt like a combustion engine or something and off we were in Thompson’s red shark with the bats starting to crowd in. 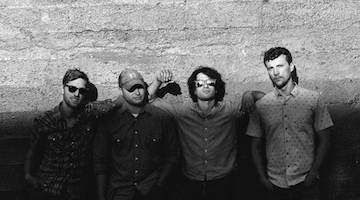