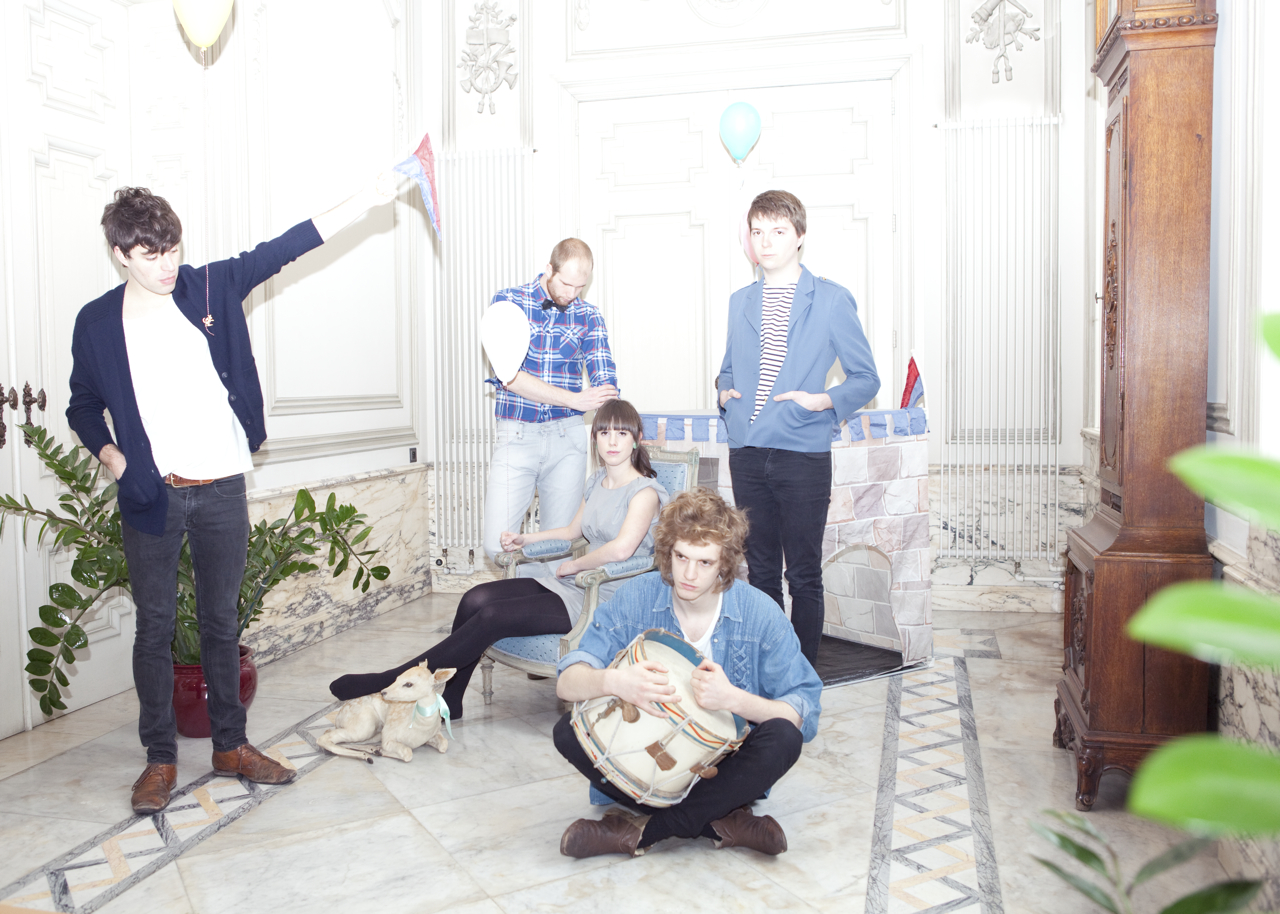 Following the recent release of their third album Thin Walls on Play It Again Sam, Balthazar have shared new track “The Silence”. Today, they embark on a US tour that will carry them to both LA’s Culture Collide Festival and CMJ.

Belgian quintet Balthazar traversed the world touring their 2012 album Rats, as member Jinte explains, “we know each other’s darkest secrets now. We grew together. You live together as each other’s brother and sister. We discovered we really like each other.” Lives lived in each other’s pockets has left its mark on Thin Walls, the stunning new album from the five-piece who are completed by Patricia Vanneste, Simon Casier and Michiel Balcaen. “Thin Walls is all about touring and never having any privacy,” says Jinte. The songs were written in a hazy hyperactive state between shows. Jinte and Maarten had rented rooms in an old monastery next door to each other and the thin walls between the rooms meant they could hear every idea the other was working on.

After self-producing Applause and Rats, the band travelled to the UK to work with Blur, Depeche Mode and Elbow producer Ben Hillier and Jason Cox (Gorillaz, Massive Attack) at Yellow Fish Studios in Lewes. The record is full of nocturnal grooves and mesmeric cadence. Jinte and Maarten’s lyrical themes always land in connected territory, emitting songs of anxiety, hope, love and fear. Usually it’s a girl causing any or all of those emotions. “I’ll always write about girls,” says Maarten. “That’s the thing that gets me writing.” “I like getting older cos it’s getting a bit clearer that nobody knows anything,” says Jinte. The devil is in the detail: it is an album of simple things. “Nobody’s lives are a Greek drama,” says Jinte. “It’s never about the big stuff, it’s always the small stuff.”